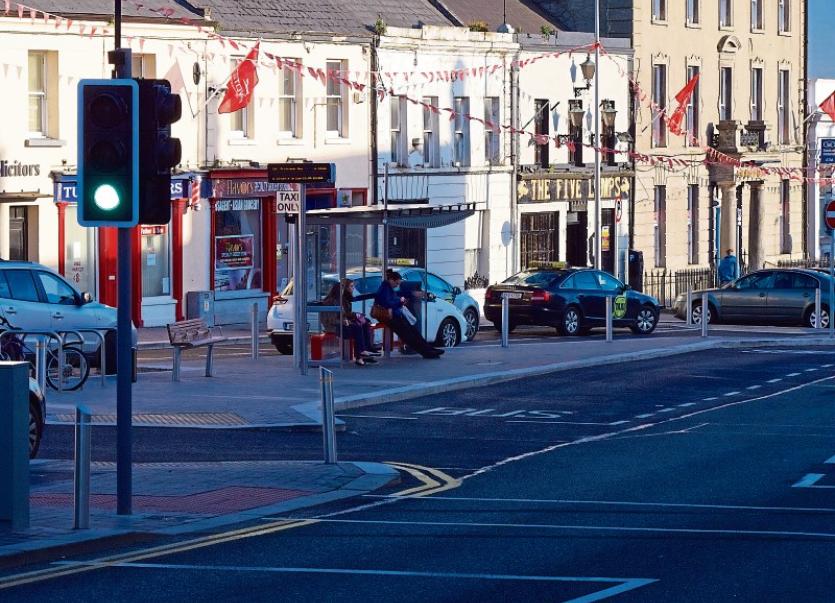 A one-way traffic system for Naas town centre is not likely to be considered before a study on parking and traffic in Naas is completed.

Half of the main street would be freed up to provide more car parking spaces if a one way flow is introduced, according to Cllr Seamie Moore.

Cllr Moore said that because there are many routes into Naas, a one-way system should be easy to operate.

Cllr Moore believes that a one-way system would generate business for retailers by bringing more people into the town.

He says that the existence of ring roads means that traffic would be efficiently diverted out of the town and a that a one way system could be brought in in phases over a period of one to three years.

KCC has previously been lukewarm towards the idea and also said that it does not have the resources to do the work and money would not be available from the National Transport Authority.

Another councillor, Darren Scully, told a Naas Municipal District meeting that while he understands the case for a one-way system, there are a number of issues that need to be addressed “before we change the direction of traffic.”

Cllr Scully said when a tenant is found for the NSC, the roads around the building will have to be upgraded to provide access to the centre.

He said the bridge at Friary Road will also have to be reconstructed.

Cllr Scully also said the awaited review of parking rules in Naas will have be completed in advance of any consideration of a one way system.

“It would be wrong to have one-way system before the shopping centre opens because the centre will have a major impact on traffic flows in Naas,” said Cllr Scully.