The date received is listed as June 13 last, while the submission-by and due dates are listed as July 17 and August 7 respectively. File Pic

Changes have been proposed for three terraced premises in Kildare town.

The applicant, Thomas Harrington, is seeking consent from KCC for alterations and renovations to three existing terraced premises including internal layout configurations and change of use at Claregate Street in Kildare Town (R51 H684, R51 PA40 & R51 TP20). 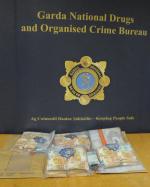 BREAKING: Over €269,000 in cash seized by gardaí near Kildare-Dublin border

Further consent is being sought from KCC for the reconfiguration of the existing apartment to form new layout with two bedrooms and new stairs access, and sub-division of the ground floor retail unit into two separate retail units; removal of existing stairs and relocation of same to rear of units to form access to existing apartment on first floor level.

Minor alterations to front elevation to accommodate new retail layouts on ground floor are also mentioned in the documents.

In addition, alterations to elevations to accommodate new window and door positions to apartments and retail units, as well as all associated alterations and ancillary works.

The date received is listed as June 13 last, while the submission-by and due dates are listed as July 17 and August 7 respectively.