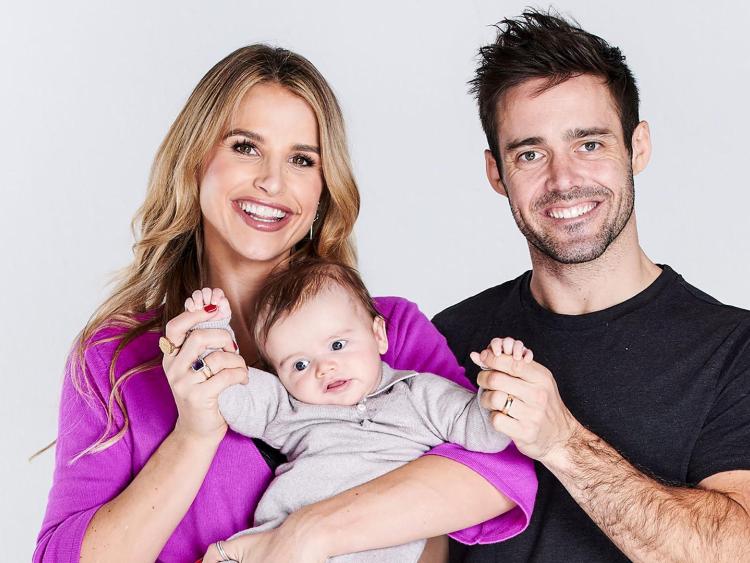 Channel 4 reality TV stars Vogue Williams and Spencer Matthews, and their baby son Theodore, will be the special guests at the launch of Kildare Village's Christmas lights extravaganza next week.

Dublin woman Vogue, who has built a career as a presenter and model, and owns her own brand of fake tan, Bare, is married to ex-Made In Chelsea star Spencer Matthews. The duo's reality TV show Spencer, Vogue and Baby Too, which detailed the arrival of their son Theodore, became a must-watch on Channel 4 earlier this year, and the follow-up programme, which follows them as they plan a wedding celebration, has just started on the channel.

The family will launch Christmas at Kildare Village on Friday, November 1, at 6pm. Guests are welcome to the village to see them turn on a special light show, which has been created by one of Ireland’s most pioneering creative production studios, Algorithm.

For Kildare Village, Algorithm has produced a never-seen-before experiential attraction, Enchanted Lights. Kildare Village welcomes families and groups of friends to enjoy the spectacular light show, which will illuminate the village every evening of the festive season. The light show is accessible to all and there is no admission fee.

Enchanted Lights will take consumers on a magical journey through the village, and the show consists of five illuminating immersive experiences - two projection mapping pieces bringing the village to life with movement, colour and technology; the Lawn of Light; 15 bespoke archways transforming the boardwalk above and below; and a light spectacle on the 13th century Grey Abbey.

As visitors make their way through the village towards the Lawn of Light, they can become the master of light, and take control of the lawn filled with 1,000 LEDs, moving the lights to create patterns and colours of their choice.

Algorithm, a multi award winning studio, has created bespoke animated content for this festival of lights at Kildare Village. The creations will feature a collection of textures and intricate patterns, in addition to palettes of complimentary colours that will be enjoyed as a festive treat by visitors, as they meander around the village this Christmas.

The show then runs until the end of January 2020, celebrating Christmas and the Chinese New Year. The show will be Ireland’s only light show of this scale available to the public to enjoy for free.