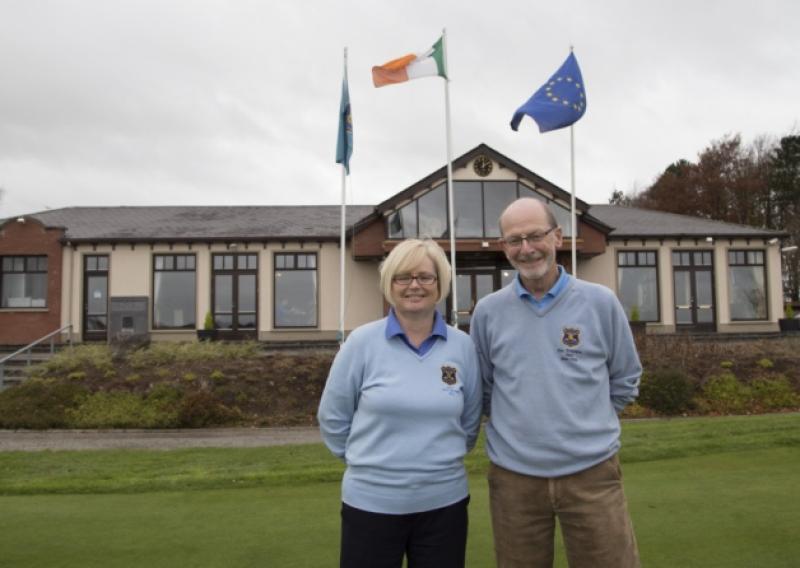 The Curragh Golf Club is known far and wide as the oldest golf club in the land but what many may not have realised is that The Curragh is one of 66 clubs, worldwide, that has the status of ‘Royal’.

The Curragh Golf Club is known far and wide as the oldest golf club in the land but what many may not have realised is that The Curragh is one of 66 clubs, worldwide, that has the status of ‘Royal’.

The title was granted to the Club in September 1910, and as noted historian and Curragh member Bill Gibson explains, when the Curragh Camp was handed over on 16th May 1922 the Royal title was omitted from the name of the Club.

However, members of the Curragh have decided to reinstate the club’s Royal  status following a proposal at its AGM last week, a proposal that was carried by a big majority after a  robust debate and will now take up the name of Royal  Curragh Golf Club.

Incoming captain for 2014, Brian Molloy, is eagerly looking forward to his year in office and is confident that the re-branded club with its  Royal Charter will open up new markets for the club in the UK, Europe and indeed the US where it is expected a strong overseas membership is a  definite possibility.

Facilities at the Curragh are second to none, explains Brian, with a top class driving range and practice areas, chipping and putting facilities and an extensive pro shop, it is, Brian emphasises, “a members club, run by members for its members.”

The recently upgraded  facilities combine the old with the new with the museum section (sponsored by the late John Young opened back in 1998) along with the recently installed Ernie Jones Memorabilia Collection, donated by the former PGA Captain of 1991, and opened just this year, draws much praise from members and visitors alike.

The relatively recently re-designed course has been very favourably commented by all and sundry and the fact that it is now ‘sheep free’ makes it a course to be proud of says Brian Molloy.

John Dempsey, who has won many awards for his work, is the highly valued head greenkeeper at the course for many years now.

Membership is open and those interested are welcome to visit the club, check out the facilities which also boasts two full size snooker tables along with a very active ladies, juvenile sections plus an extremely popular variety group for those who may not focus entirely on the golf course.

Patsy Joyce is the incoming Lady Captain for 2014 and while playing off 17 admits she is the high handicapper in her family, a family which boasts of some very talented low handicap golfers.

Between 70 and 80 lady golfers play every Tuesday says  Patsy while their is also an open time sheet for ladies at the weekends.

“Tuesday is not just ladies day” the incoming Lady Captain says enthusiastically, “it is a social day with many enjoying lunch where they are regularly joined by former golfers for a chat and a bite to eat.”

The juvenile section of the Curragh is also very active section and with a cost of just €50 for U16s is indeed proving very popular where tuition is given to the girls by Marie Egan.

Patsy points out that the Curragh has seen some top class golfers in its day from Ernie Jones to Lillian  Behan, Paul O’Hanlon and Sinead Keane, to name just a few.

The professional at The Curragh Golf Club is Gerry Burke who joined the club back in 1996 and prior to that spent four years at Cill Dara; moving on to Naas Driving Range where he competed on the European Challenge Tour, along with extensive coaching at the Range.

Gerry was elected captain of the Irish PGA in 2009 and has continued to compete on the home circuit throughout his time at the Curragh and in May of this year pre qualified to play in two European Senior Tour events.

For the past eight years Gerry has had Stephen Galvin as his assistant.

Stephen has represented Leinster at senior level and Ireland at youth level and has focused mainly on coaching and has developed summer camps within the club over the past 5 years .

This year, Gerry explains “we became involved with the ILGU who were running a “Girls in Golf Scheme” which involved bringing girls from schools and sports clubs in the area to try golf for eight weeks, this resulted in us attracting six girls to join and take up golf.

“We run courses throughout the summer for juvenile/junior members. Over the years we have had Paul O’Hanlon, Sinead Keane, Maura Morrin, Keith Egan, amongst others, come through our junior ranks. On occasions current Tour player Damien  McGrane drops in to the club to have his short game checked out” adds Gerry.

All in all a very busy professional set-up with the shop extremely well stocked and very popular, especially at this time of the year, by members, visitors and golfers alike.

So there is no doubt that the Curragh, now the Royal Curragh, is a buzz of activity throughout the year. Why not drop in and check out the facilities, you won’t be disappointed and that’s for sure!