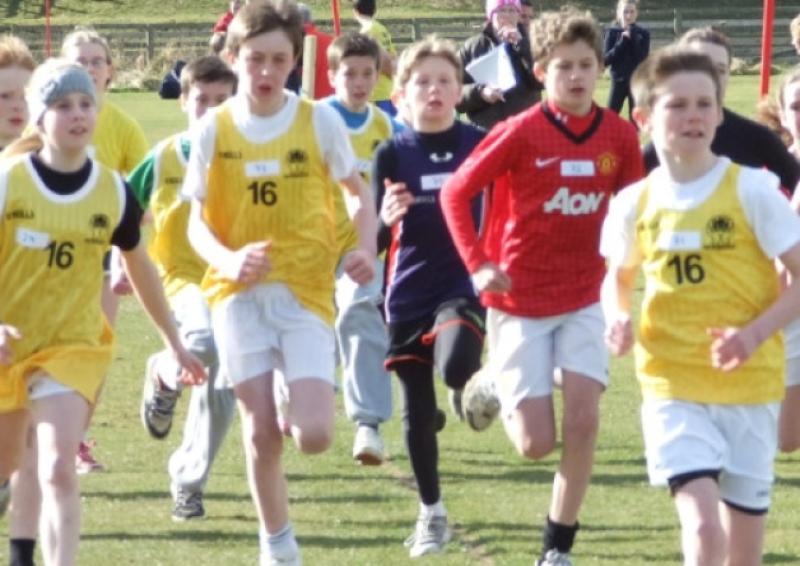 Teams were selected for the U12 Relay, U13 Cross Country and the U14 Relay to be run in AIT Athlone on weekend 24th - 26th May.

In the under 12 Event run over 500 metres Hazel McLoughlin (Eadestown) won the Girls race while Tom Martin (Suncroft/Curragh) led the Boys home for gold medals and they along with the next five places will form the U12 Mixed Distance Relay County Teams for Athlone. The Event is nun over four legs of 600m, 400m, 600m and 400m.

The U13 Event is a mixed team event run over 1200m. A county Team consists of Five boys and Five Girls with the first four placing of each boy/girl to count toward team score

It was double gold for Newbridge St Conleth’s as Mark Glynn and Aimee McGrath led home the U14 relay Trial run over 700 metres. The first six iwere select for the County Team. The event in Athlone is a mixed distance Relay run over 4 legs of 800m, 600m, 800mand 600m.