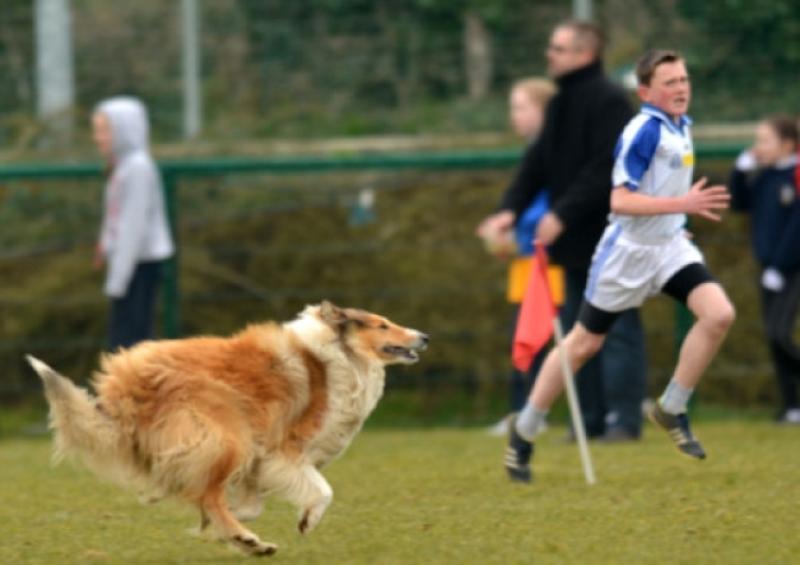 Over 1,000 national school children competed in the Cumann na mBunscol cross country finals in Hawkfield last week and it turned out to be a day to remember for Naas CBS once again.

Over 1,000 national school children competed in the Cumann na mBunscol cross country finals in Hawkfield last week and it turned out to be a day to remember for Naas CBS once again.

They had a clean sweep in the large schools’ section with both their boys and girls teams taking the team sections. Individual wins by Tony O’Connor and Abigail played a big part in their success.

The course proved to be a testing affair for the young children. The boys had to cover 1,500 metres with the girls races over 1,000 metres.

Kildare camogie stars Siobhan Hurley and Niamh Concannon were among the teachers prepping their students for the difficult challenge ahead. T

he races finished in front of the stand on the main pitch in Hawkfield and despite the cold there was an enthusiastic crowd there to cheer the runners home.

One performance that definitely got those in the stand on their feet was that of Jack Doyle of Ballysax in the small boys section. His was the biggest winning distance of the day and yet, he was barely out of breath at the finishing line.

That win was part of Ballysax double with Kate Nurse a confident winner on the girls side. Like Naas in the large section, Ballysax also completed a clean sweep with both their girls and boys teams winning their competitions too.

Rathmore were another school to dominate their section. Eoin Conneff and Grace Dervlan of Eadestown took the individual honours along with their girls team but their boys had to settle for third.

It wasn’t all about the winners though and the majority were happy to get to finish the course and with points counting for every place in the team competition everybody had something to compete for.