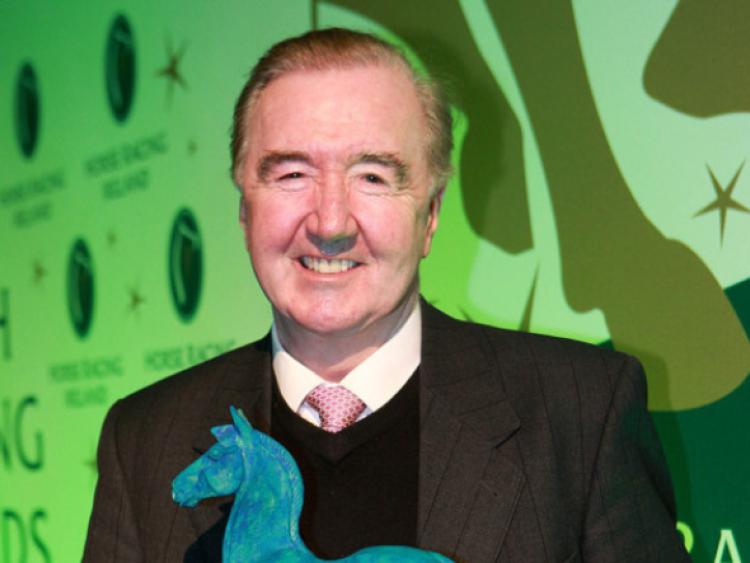 FAMILY success, bomb scares and lonely places. Dermot Weld has experienced all the thrills and spills of the Irish Derby over the years. And yet, there’s no doubt that it means as much to him as any other race in the racing calender. If not more.

FAMILY success, bomb scares and lonely places. Dermot Weld has experienced all the thrills and spills of the Irish Derby over the years. And yet, there’s no doubt that it means as much to him as any other race in the racing calender. If not more.

“I had my loneliest ever feeling as a trainer after the 1985 Irish Derby,” says Weld, as he casts his mind back to some of his highs and lows of the great Classic. Yet, it’s a race that he’ll say has been very lucky for him.

“My earliest memory is Tambourine winning the 1962 Irish Sweeps Derby. He was a French horse and he got up on the line to beat a horse called Arctic Storm, trained by John Oxx Snr. I clearly remember it because I wanted Arctic Storm to win as it was the first Irish Sweeps Derby and he was an Irish horse. I recall Tambourine got up to beat him late that year,” reflects the master of Rosewell House on the Curragh.

Most will know that Weld has trained two Irish Derby winners to date. Yet, he had to experience the lows of the Irish Classic more than once before his time finally came. “I finished second twice and I was second with a very good horse called Theatrical in 1985. He was just beaten by Law Society, which was trained by Vincent O’Brien. My horse got a very good ride from Michael Kinane that day but Law Society came and caught him in the shadow of the post,” remembers one of the very few trainers to have won all five Irish Classics.

But that’s not the only reason the 1985 Irish Derby stands out so boldly in his memory.

“That 1985 race was one of the years when there was a bomb scare at the Curragh, which was’t that unusual back then. I watched the race from the infield and I watched it alongside Vincent O’Brien. Like everybody else, we had to vacate the stands and we watched the race from the photographers stands, beside the winning post. Nobody wanted to go back into the grandstand, naturally, even though a full search had been completed and no bomb had been found. We, like everybody else, watched a very close finish between Law Society and Theatrical. Law Society won that day and I remember shaking Vincent O’Brien’s hand afterwards.

“It had been a great training performance as, like my horse, Law Society had ran in the Epsom Derby. I had thought my horse had improved enough to win on home soil but the typical brilliant trainer that Vincent O’Brien was, he had improved Law Society as well,” he says.

Weld had to wait a further ten years to experience similar emotions. On this occasion, it was even more agonising for the man who had been training for 23 years and still had no Derby triumph.

“Definite Article was beaten a short head by Winged Love and I remember it was a long delay until the result was announced. I was reasonably certain that I was beaten but I was still hoping, as it was very close. I’ll always remember that I was standing in the second enclosure, with my back leaning on the sign for the second placed horse. So my back is up against the rail, with the number two position over my head, and after about ten minutes, the result came out. It was either a dead heat or one of the horses had won. We were beaten a short head.

“Of all my years training, it was probably the hardest result that I had to take. It was definitely the result which affected me the most and I remember thinking that day that second is a lonely place. It was one of the hardest decisions that I’ve ever had to experience. Nobody remembers who was second!” reflects Weld.

It’s perhaps another race on that same card, in 1995, that soon had Weld dreaming again however.

“I was very fortunate that in the very next race, the Curragh Cup, I had Vintage Crop. He was carrying top weight and duly won. Vintage Crop was an unbelievable horse when you were down. If you wanted to win, you ran Vintage Crop. That showed me that life always goes on. Having experienced the greatest disappointment of my racing career, some 40 minutes later, Vintage Crop had me smiling again. That was a great tonic!” says Weld on the horse which gave him that famous Melbourne Cup success two years earlier.

So having taken out his trainer’s licence in 1972, still no Irish Derby win for a man now known to the horse racing world. Then came Zagreb in 1996.

“Little did I know that, after what happened in the 1995 Irish Derby, 12 months later, Zagreb was going to win me my first Irish Derby. Michael Kinane was offered the ride on Zagreb but he decided to ride Dr Massini for Sir Michael Stoute. Michael had been my stable jockey for 15 years and one of the reasons we were together for so long was that there was ‘give and take’. Dr Massini was the favourite for the Irish Derby that year and Mick hadn’t ridden a Derby winner. Mick had ridden Zagreb in his prep race three weeks before the race and he was beaten.

“Here was an opportunity for him to win the Irish Derby on the favourite and my horse was 20/1.”

Luckily for Weld, his number one stable jockey made the wrong choice.

“Pat Shanahan, who was number two rider at the time, duly got the ride on Zagreb and he won by six lengths. Zagreb ran the race of his life and got a brilliant ride from Pat Shanahan.” Weld remembers Kinane’s response to reporters on that infamous day too. “Leave me alone!”

It’s often said by jockeys who have won the Grand National more than once that they have had to win the race twice to appreciate it. Weld got to test the water with Grey Swallow in 2004.

“I remember that the first four horses from that year’s Epsom Derby all came to the Curragh and they finished in the same numerical order behind Grey Swallow. It was one of the most special races of my life as my mother had bred Grey Swallow and was part-owner of Grey Swallow as well. He got a great ride from Pat Smullen to come and beat Kieran Fallon on North Light. It was a very emotional day and one of the very special days in my life. My mother’s involvement made it all so more special.”

It’s not just Dermot’s own Irish Derby winners which stand out for the 16-time Classic winning trainer either. “There have been some wonderful winners of the Irish Derby. Shergar was a typical example and Galileo was very, very special. I also remember the 1964 Irish Derby, which was won by Santa Claus and he’s buried under a tree in Rathbride Stud, where he was trained.

“He was ridden by Willie Burke from Naas. Willie was a very good jockey and while he won the Irish 2,000 Guineas on him, Scobie Breasley rode the horse at Epsom. Willie was reunited for the Irish Derby and Santa Claus was a wonderful and exceptional horse. Shergar was probably the one horse which stands out most for me though.”

Officials at the home of the Irish Classics will be pleased to hear that Weld, a trainer of huge global success, has the Kildare track high up on his list of racing venues.

“When you look at France and look at what goes on at Chantilly, for example. I’ve been beaten a short head in the French Derby with Famous Name and he was drawn stall 17 of 17 runners. If he got any kind of a draw that day, he’d have won. The horse that won that day was drawn 5. If you’d have reversed the draws that day, I’d have won and he’d have been second. Generally, the best horse wins all races at the Curragh because it’s an exceptionally fair track. We’ve got a wonderful racetrack and we should appreciate what we have.”

Like most of his fellow professionals, Weld is very much in admiration of the recent achievements by Aidan O’Brien.

“Aidan trains the best horses in the world and we’re fortunate to have them in Ireland. It’s up to us to come up with the horses to beat him and Jim Bolger did it last year. I think for a number of years, a number of trainers didn’t have the ammunition to take on Aidan but I think that’s changing. For example, last year there were 12 Group 1 races in Ireland and Aidan won only one of those 12 races. That’s a very important statistic but that won’t happen every year.

“It does show that there is a sea of change and that other trainers are getting stronger teams of horses. There’s certainly half a dozen trainers now in Ireland capable of coming up with a Group 1 Derby horse.”

On that note, does Dermot think he can follow Jim Bolger’s path and prevent another Ballydoyle clean sweep in Ireland’s biggest race? “Fascinating Rock runs in the Irish Derby. He was unbeaten up to Epsom and he’d won all of the Derby trials. Things just didn’t go right for him at Epsom as he was drawn on the outside. Coming down the hill, there was mayhem and Fascinating Rock got very unbalanced. The other sufferer was Geoffrey Chaucer and John Gosden’s horse caused all the trouble, or rather his jockey. When you get unbalanced at Epsom, you’re not going to win. I think the Curragh will suit him very well and he’ll run a very good race.

“If Australia runs, Australia will be very hard to beat. He’s an outstanding horse and he was very impressive at Epsom. Now he’s got to go and do it again at the Curragh. Life isn’t straight forward and neither is completing the Derby double.”

So as the highlight of the Irish Flat season looms, does Dermot crave a third Irish Derby winner? You bet he does. He might not have long to wait for the hat-trick either.