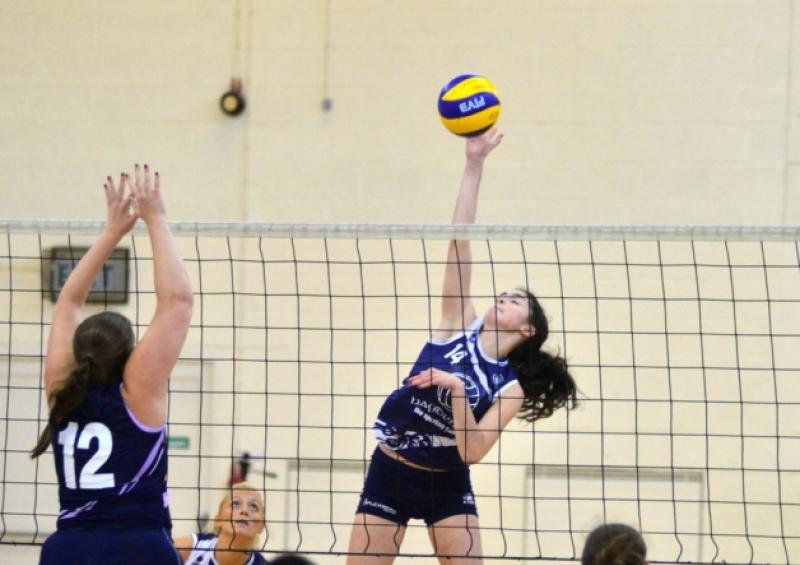 This time around they faced the daunting challenge of Dublin natives Tallaght Rockets-the only team that the Cobras have never defeated.

Still on a high from their first league match win, Cobras started the first set confidently with all team members getting involved. The first set was categorised by a slow even tempo and ended at 25- 15 to the Cobras.

The Rockets emerged from the break raring to go and began to finally display their impeccable defence to combat the Cobras’ massive attacking force. The Cobras were beaten on all fronts by their long-time nemesis and for a time it appeared that they would never even reach the ten point mark however they earned five of the last seven points still to leave the final score 13-25.

With the sides now level at one set apiece, the pressure was on. Spurred on by their coaches Marie Sheridan and Orla O’Brien the Cobras took an early lead in the set but were overtaken by the Rockets. At 12-8 the Cobras called a time out and caught back up to 14-13 before letting Rockets run away again. At match point to Tallaght Rockets 24-19 you could easily write off the third set but the Cobras wing hitter Aisling Clancy was not of this mind set.

Entering the serving hot seat at this critical point, few would envy the 16 year old. Showing remarkable composure she served the ball over the net and continued to do so for the next four points.

Neither side could build the necessary two point lead until the Rockets suffered the loss of their setter to injury whien Naas led 29-28. The point was replayed and Clancy smacked down an uncontested middle hit to win the set with an unbelievable score line of 30-28.

The Cobras look forward to the challenge of a strong UCD team next Sunday.