Mixed fortunes for Newbridge sides over busy weekend of action 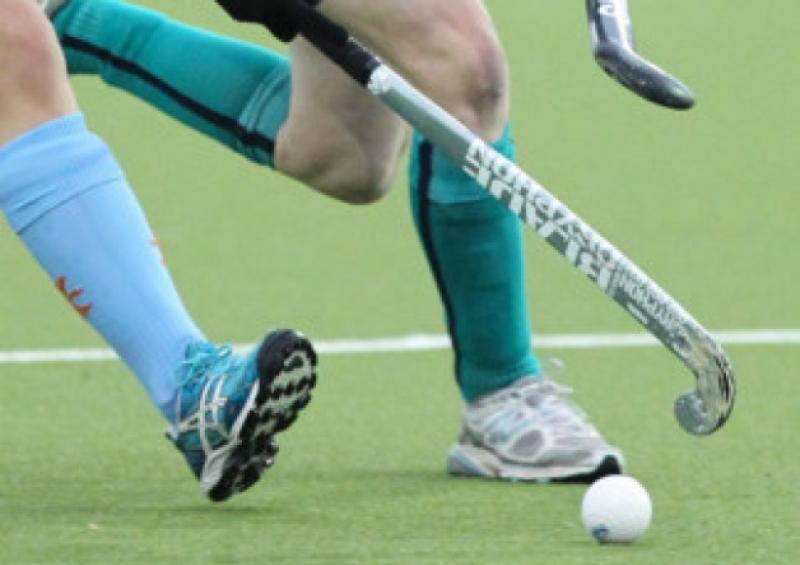 On Saturday Newbridge Ladies 1st team travelled to Lucan to take on Weston in the first round of the Irish Hockey Trophy Cup. This is an all island knockout competition and was to prove to be a very tense and competitive encounter.

On Saturday Newbridge Ladies 1st team travelled to Lucan to take on Weston in the first round of the Irish Hockey Trophy Cup. This is an all island knockout competition and was to prove to be a very tense and competitive encounter.

The Newbridge girls started the game the better of the two sides. The forward pairing of Natalie Calder and Eva Houlihan were finding gaps in the Weston defence and the keeper had to pull off some fine saves.

Newbridge began to dominate possession and Suzanne Ward was making blistering strides on the right wing as was Jenna Brannock on the opposite wing. As the half progressed, Weston began to win a few breaking balls and penetrate midfield.

The Newbridge back line weathered the Weston resurgence and both teams finished the half scoreless.

Newbridge started the second half as they did the first half, with purpose and intent.

Newbridge were to be dealt a blow when Captain Emma O’Connell was judged to have committed decent by the umpire and was sin-binned for five minutes. However, Weston was unable to make use of their numerical advantage and Newbridge were restored to 11 players with no change to the scoreboard.

The game was beginning to slip away from Newbridge, goalkeeper Cathriona Kavanagh had to pull off a fine save to deny Weston taking the lead. In a subsequent counter attack the ball ended up with Caoimhe Murphy on the right wing, who took on the Weston defence and sent a cracker of a shot to finish into the corner of the goal. Newbridge were awarded a second penalty corner in the dying minutes of the game but were unable to extend the lead.

Newbridge advance to the second round on November 23 when Omagh will travel to the midlands. Next weekendin the Leinster League Division 3 they face YMCA.

Newbridge 2nds faced their first away game of the season on in Lesinter League Division 6, Saturday.

Following an impressive win against Hermes the previous week, the team had a momentum to maintain on this outing. The first half saw an even spread of possession but the dominant side appeared to be Corinthians, who attacked the Newbridge backline, This confident and experienced backline fought each attack superbly and cleared the ball time and time again.

However, a well taken, quick free taken by Sharon Whelan led to a Newbridge short corner just before the half-time whistle. The injected ball was pushed out by Captain, Jenny Kavanagh, to mid-fielder Ann-Marie Phelan and a deflected shot by Eleana Dunne hit the net, leaving Newbridge leading at the half-way point.

Corinthians fought their way through the second half again and a tense final half followed. Tired legs on the Newbridge side were punished by an equalising goal mi way through and was followed by another well-worked goal by Corinthians, leaving the final score 2-1.

Player of the match on the day went to Anne-Marie Phelan with impressive performances by Ali Watkins, Ornaith Mahon and Shona O’Brien also. The 2nds maintain their position near the top of the league table and intend to hold onto this spot over the coming weeks. They will face Guinness, next Saturday in St. Mary’s Naas in the next round of the Division 6 league.

The game started at a high tempo with Muckross on top and the scoreboard read 2-0 after 20 minutes. A great patch of play from Newbridge saw a one two pass from Tracey Collins to Tina Harrington result in a goal back for Newbridge and get them right back into the game at halftime.

Muckross got their third goal after a prolonged period of pressure l. Newbridge however didn’t give up, there were some great passages of movement, resulting in a few short corners. One of these was to be rewarding, Tina Harrington’s shot was saved by the keeper, but Ruth Conlan put the rebound away to get the score back to 3-2 and the game could have gone either way after that.

There was great play from Kerry Ann Murtagh and Ann Nolan in defence, and Laura Harney in midfield, who put in huge work throughout the match. Newbridge had every chance of getting a share of the points but it wasn’t to be and the game ended 3-2 in Muckross’ favour.