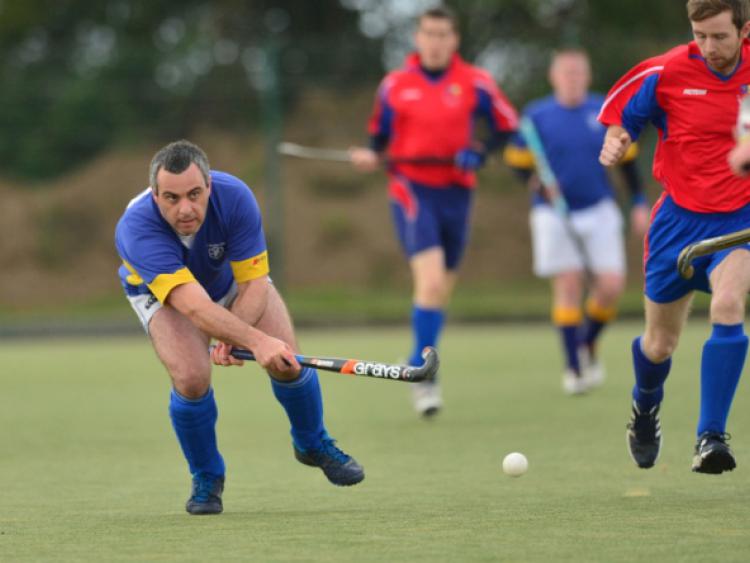 Bouncing back after a demoralizing 5-2 defeat away to Kilkenny in their first game of the season, followed by a tight 1-0 win against Weston last weekend, the win was all the more rewarding for the nature of the encounter as it was a scrappy game with neither side dominating or making much of their possession.

Naas were first to score after a well worked moves involving Damien McCormack, Rowan Hamilton and Barry Liscombe on the right with only a final tip in required by Shane Hogan to earn the lead.

Naas got their second following the interval with Ciaran Davenport pouncing on loose pass in the circle to drive one low past the Brendan’s keeper. This unfortunately was followed shortly by two breakaway goals by Brendan’s to bring the teams level.

However Naas got their short corner routine operating with a fine low drag flick by Ciaran Davenport to edge ahead. Ciaran was fed a slick pass in the circle to finish out his personal tally of three with 10 minutes to go.

The Naas defensehad a solid game throughout, led by goalkeeper Mark Beattie, Ciaran McCormack sweeping behind Dave Fitzgerald with William Kanyoni, Richard Cross, Omar and Neill Chapman all ensuring Naas closed out the game with a buffer of two goals ahead.