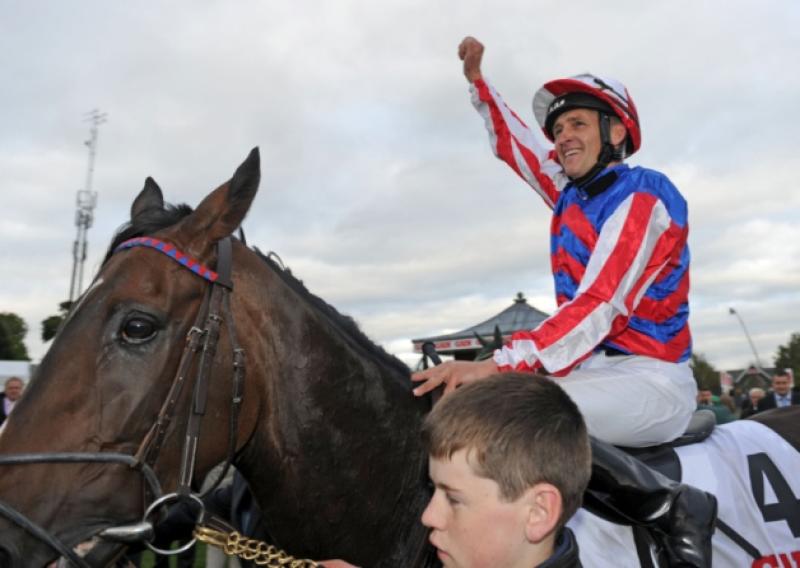 Royal Diamond and Brown Panther, first and third respectively in last year’s GAIN Irish St Leger are set to lock horns again when the pair line up in the Gain-sponsored final Classic of the season at the Curragh this Sunday.

Royal Diamond and Brown Panther, first and third respectively in last year’s GAIN Irish St Leger are set to lock horns again when the pair line up in the Gain-sponsored final Classic of the season at the Curragh this Sunday.

A total of 18 horses have stood their ground for the race following today’s final forfeit stage, while there will be a maximum field of nine runners for the other big race of the afternoon, the Group One Goffs Vincent O’Brien National Stakes.

A trip to Australia for a tilt at the Caulfield and Melbourne Cups was on the agenda for Royal Diamond, but connections have decided to stay at home and allow their horse defend his title which he won in thrilling style 12 months ago.

The son of King’s Best warmed up for his task on Sunday with a typically gutsy display to land the Group Three Gain Irish St Leger Trial Stakes at this venue last month and his trainer Johnny Murtagh who will attempt to win his first Irish Classic race as a trainer, feels that the seven-year-old is primed for another big effort.

The Tom Dascombe-trained Brown Panther, which carries the colours of soccer legend Michael Owen, got to within a head and a short head of Royal Diamond 12 months ago and connections will be confident of going a couple of places better this time around following the horse’s convincing success in the Group Two Goodwood Cup last month.

Brown Panther is one of seven overseas entries for the race, the others being Ahzeemah, Aiken, Caravan Rolls On, Red Cadeaux, Lady Kashaan and the Lady Cecil-trained Wild Coco. Ernest Hemingway, Chamonix, Leading Light and Victory Song are the four Aidan O’Brien-trained entries, while the David Wachman-trained Galileo Rock has also been left in the race.

Aidan O’Brien has landed the Group One Goffs Vincent O’Brien National Stakes on eight occasions (his most recent success came with Power in 2011) and the master of Ballydoyle has a strong representation this time around with four of the nine entries.

O’Brien has Expedition, Friendship, Giovanni Boldini and Wiltshire Boulevard to choose from.

“At the moment Wiltshire Boulevard is a definite starter on Sunday and we will make a decision regarding the other three horses later in the week,” remarked O’Brien.

The race has also attracted the highly progressive David Wachman-trained Sudirman, while there are two possible British-trained challengers in recent Gimcrack Stakes winner Astaire and the unbeaten Toormore trained by Richard Hannon.

The hugely exciting Aidan O’Brien-trained Darwin has been supplemented to the Group Three Manguard Plus Solonaway Stakes for which there are 20 entries, while the Listed Flame Of Tara Stakes has attracted an entry of 13 horses