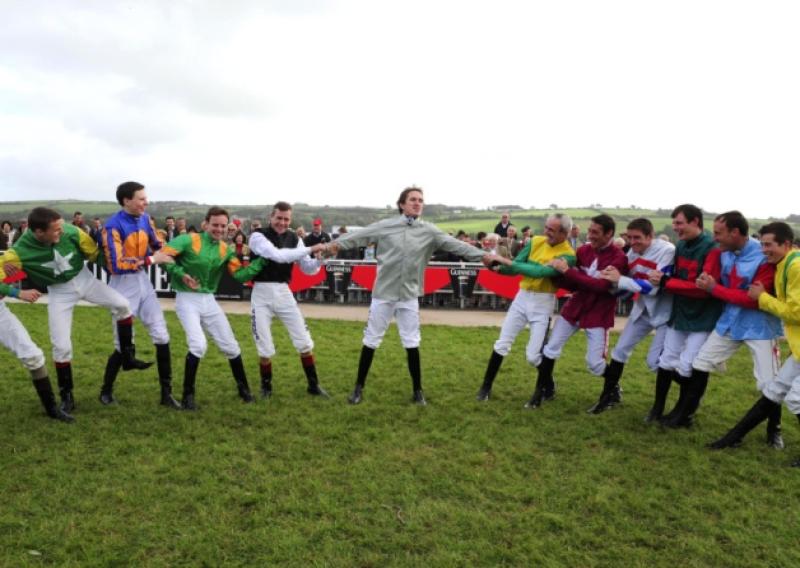 The racing world will unite on Monday for the Charity Raceday at Limerick in aid of the seriously injured amateur jockeys JT McNamara and Jonjo Bright.

The racing world will unite on Monday for the Charity Raceday at Limerick in aid of the seriously injured amateur jockeys JT McNamara and Jonjo Bright.

A Champion Jockeys’ Race will form part of the programme with Flat and National Hunt Champion Jockeys from both Britain and Ireland along with Irish Champion Amateur Jockeys riding against each other in one race. All gate receipts, media rights payments, revenue from a large post-racing auction and all other proceeds will be going to the cause and it promises to be a very significant day for the charity.

Aidan O’Brien brought a strong team of juveniles over to Newmarket on Saturday and War Command got him on the score sheet by prevailing in the Group 1 Dubai Dewhurst Stakes. The son of War Front picked up well when asked for full effort by Joseph O’Brien and came out on top by 1¼ lengths, consolidating his position as one of Ireland’s leading Classic hopes for next year.

The Willie McCreery-trained Fiesolana has been one of the success stories of the Irish Flat season and she capped what has been a wonderful campaign by winning her fourth Group race of the season, the Group 2 Dubai Challenge Stakes at Newmarket on Saturday. Ridden by Billy Lee, the four-year-old quickened up nicely to score by a cosy two lengths.

A full-sister to 2012 Oaks winner Was set a new world record figure for a yearling filly sold at auction of 5 million guineas (£5.25million) at Tattersalls Sales in Newmarket on Wednesday. The daughter of Galileo out of Alluring Park was sold by Lodge Park Stud to Mandore International on behalf of Sheikh Joaan’s Al Shaqab Racing.

The Tote Super Trifecta Irish Cesarewitch was the main event at the Curragh on Sunday and the €60,000 winner’s prize will be going for export as it was won by the Brian Ellison-trained Montefeltro. Ridden by top British apprentice Robert Tart, the five-year-old stuck on gamely to score by 1½ lengths. Elsewhere on the card, Aidan and Joseph O’Brien were in double form, teaming up with Century to take the opening Irish Stallion Farms European Breeders Fund Maiden and Heirloom to win the Listed Join Go Racing In Kildare 2014 Finale Stakes.

One of the feature races of the entire season at Limerick is the Ladbrokes Munster National Handicap Chase and this year’s renewal saw JP McManus break an unlucky run in the race with his representative Double Seven coming out on top.