Between the craic, the glamour and the day out, let’s not forget the bravest of them all ... the jockeys 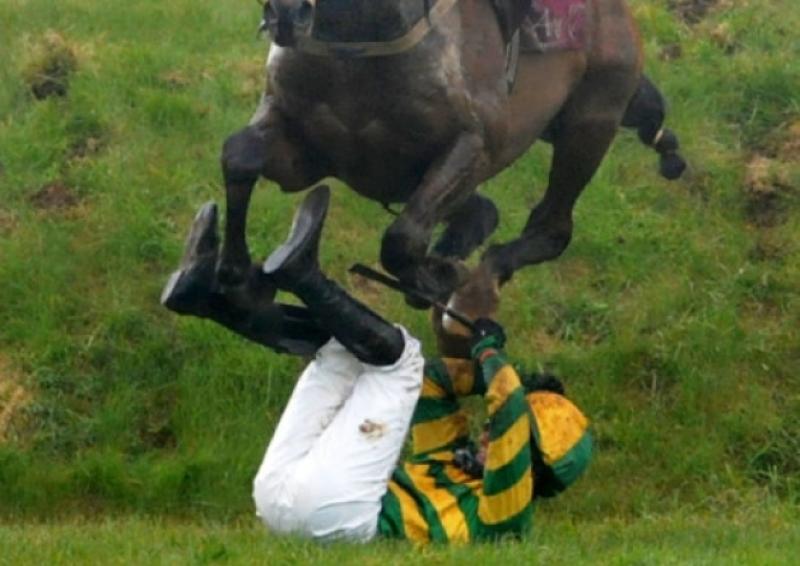 You’ll see them at Punchestown.

You’ll see them at Punchestown.

Nope; not your friends or the ladies in their fine expensive clothes or the bookie or Tote staff as you (hopefully) hand in a docket at end of a race.

We’re talking about the bravest people in sport.

The Punchestown National Hunt Festival is an important sporting and social event – in many ways it’s more social and than sporting.

There will be – and it’s much more a statement of fact than an attempt to lob an insult – a good many people who pile through the gates for the event who’d have difficulty telling you which is the front end of a horse and which is the back end.

And that’s all good.

If Punchestown had not evolved into the social event it is it would be confined to the industry purists and the great resource that the venue and the festival is would have a much smaller audience.

Perhaps too if horseracing fixtures are to attract more people the authorities will have to appeal to the unconverted; the bright young things who are more interested in a day out than whether the going is yielding or soft.

The beating heart of the sport is, neither the owners nor the trainers but those who ride the horses. It is true that people like JP McManus and Michael O’Leary throw lots of welcome money at the game but the real risks are taken by the jockeys.

Some jockeys, like Ruby Walsh, AP McCoy or Barry Geraghty at the top of the game are very wealthy men.

But many more ply their trade in return for a much lesser income.

All of them though, take the same risk.

And their bravery makes most other sports people not least the vastly overpaid shapers playing professional football in the upper reaches of the game in England look a little paler.

Jump racing is – to use the threadbare cliché – the only sporting activity pursued by a couple of ambulances.

The consequences of a simple fall can be catastrophic.

Every jump jockey knows that this is the risk they take whether they ride in a Grand National before a worldwide TV audience of 600 million folk or a midweek maiden hurdle event at some windswept track in the North of England.

Many local people will remember the death of Carbury native Kieran Kelly a decade ago. The 25 year old died following a fall from a horse at a meeting in Kilbeggan a few months after riding a winner at the major Cheltenham meeting.

Triumph and disaster are only moments apart in this thrilling sport.

It was a fairytale to rival Elizabeth Taylor’s aboard National Velvet in the classic movie.

Mania had never ridden in the race before and his horse, Auroras Encore, was new to the race also.

Against all the odds (66/1 as it happened) a little known horse ridden by a little known jockey won the world’s greatest race before a worldwide TV audience of 600 million people.

The following day Mania was taken by air ambulance to hospital following a fall at a much less significant meeting at Hexham.

The following day he was back working at a meeting far removed from the glamour of the Grand National – as were others who participated in Aintree.

Initially it was feared that 23 year old Mania was more seriously injured but he is on the road to a full recovery.

Punchestown has evolved into a major entertainment venue that is valuable to local businesses.

It’s great fun too and enjoy it for that. The changes brought about by improved facilities and marketing initiatives have transformed the meeting.

But the bravery of the riders remains unchanged since 1823.