Kildare into Leinster semi-finals with victory over Louth 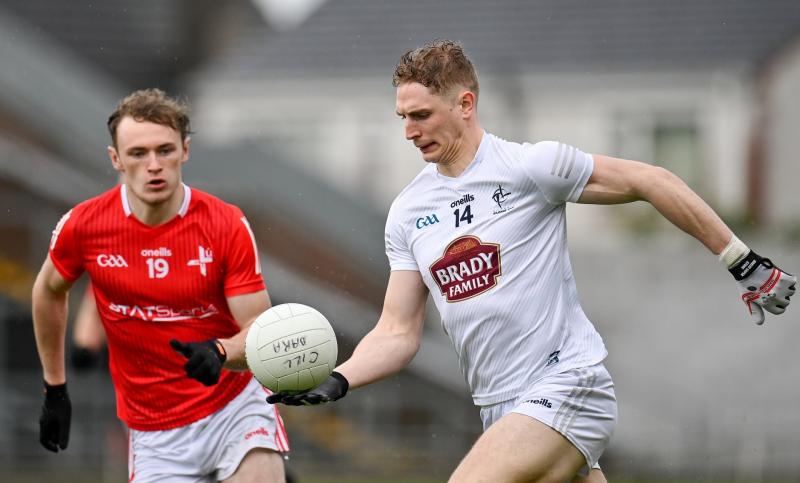 Kildare’s big game experience was put to good use at O’Connor Park in Tullamore this afternoon as Glenn Ryan’s side burst out of the blocks to build up an early lead that saw them comfortably through a tricky contest against Allianz League Division Three champions Louth, and into tonight’s Leinster semi-final draw, which will be made live on the Sunday Game broadcast

With 22 minutes gone, the Lily Whites were 0-10 to 0-1 to the good, and effectively out of sight. Their tenth point, off the boot of Paul Cribbin to crown superb defensive work from Ryan Houlihan to earn a turnover, meant all six starting Kildare forwards had scored from play. Add in Kildare’s complete control of the midfield battle, where seven Louth restarts were won in the opening half, and a strong defensive performance where vim and vigour forced numerous spills of the wet ball out of Louth hands, and everything was going according to plan for the pre-match favourites.

Having endured that nightmare start, Louth actually found their feet a little, perhaps due to adjusting to life at this loftier altitude having played third tier football in the spring. 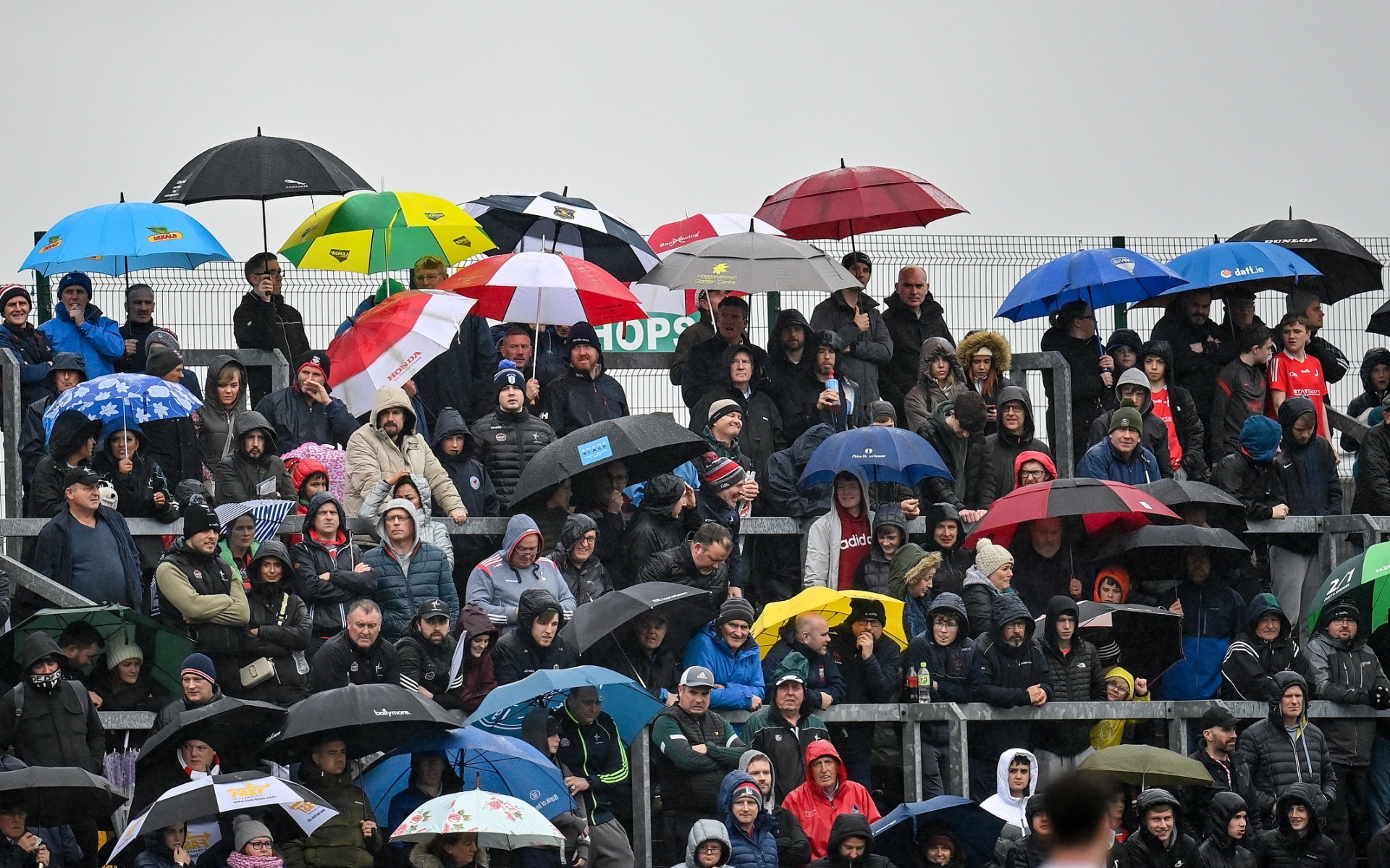 They picked off three of the next four points, with Sam Mulroy showing glimpses of why he has become one of the most highly-rated attackers in the province. There were goal chances too, most notably a low shot from full back Bevan Duffy that was smothered by Mark Donnellan and a palm to the net from Liam Jackson that was ruled out for a square ball infringement.

Even at this stage however, Kildare continued to look capable of playing with greater efficiency, and at a higher tempo.

Scores from Daniel Flynn and Jimmy Hyland settled Kildare a little and pushed the lead out to 0-13 to 0-5 at half-time, but momentum continued to favour the Wee County after the break and they picked off the next three points to hint at the possibility of a comeback. Sam Mulroy with a free and two Conor Grimes points were the only scores inside the first 12 minutes of the second half, before a crucial move from Daniel Flynn killed off the underdogs’ resistance.

The Johnstownbridge man powered down the left wing and accelerated past Niall Sharkey and as he bore down on goal, Sharkey from behind and Donal McKenny from the side combined to bring the Kildare man to the ground as he went for goal. David Gough stretched his arms wide, and a typically clinical penalty pushed the lead back out to eight.

There was no way back for Louth at this stage, and it was as if everyone on the field knew it. Darragh Kirwan came off the bench to kick a string of points before putting the finishing touch on Kildare’s second goal in stoppage time, Paul Cribbin’s relentless energy yielded a couple of scores, while Paddy Woodgate also advanced his case for selection in future games when he picked off two good points.

Ryan Houlihan pulling up with a late injury was perhaps the only negative aspect from Kildare’s point of view, as they eased further and further ahead with the finish line in sight, proving once again that there is a top tier of around 10 or 11 teams, and a big gap to the chasing pack after that.

For a full report and reaction from Kildare’s win in Tullamore, check out this week’s Leinster Leader