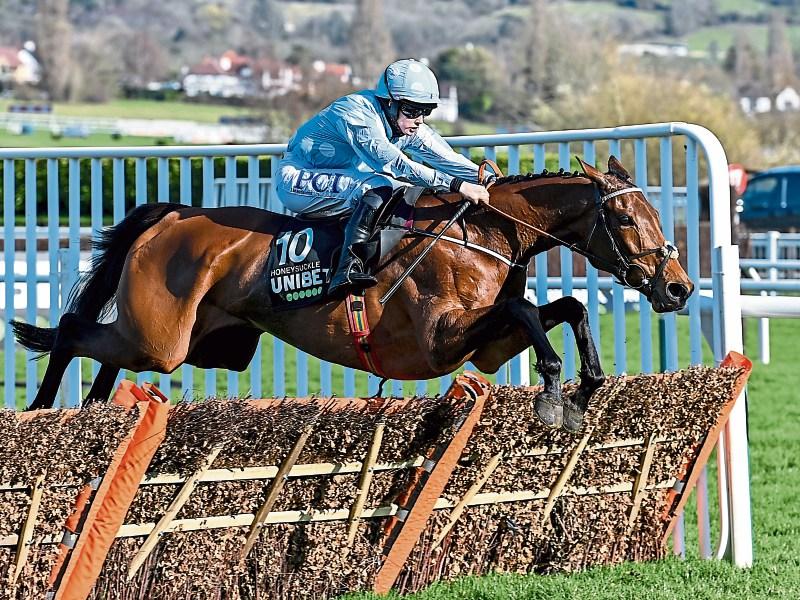 Honeysuckle, Frodon and a number of Christmas Festival winners feature among the entries for the eight Grade 1 races at the Dublin Racing Festival at Leopardstown on Saturday, February 5 and Sunday, February 6.

Successful in the race in 2019 and again last year, Honeysuckle, trained by Henry de Bromhead, heads 12 horses in the Chanelle Pharma Irish Champion Hurdle while the Paul Nicholls-trained Frodon is among 18 horses entered for the Paddy Power Irish Gold Cup which will feature on the opening day of the festival for the first time.

Nicholls, who previously rode the winner of the race on Playschool in 1988 and then trained Neptune Collonges to win in 2009, has also entered his four-time Grade 1 winner Clan Des Obeaux in the Irish Gold Cup. His King George VI Chase conqueror Tornado Flyer is among an entry of eight in the race for Willie Mullins who has also engaged Kemboy, last year’s Irish Gold Cup winner, Melon and Asterion Forlonge.

Galvin, successful in the Grade 1 Savills Chase at Leopardstown over Christmas, Mount Ida, Delta Work and Run Wild Fred are on the Gordon Elliott team while Minella Indo and Eklat De Rire have been entered by Henry de Bromhead.

Sunday’s feature is the Grade 1 Chanelle Pharma Irish Champion Hurdle and racing’s star mare Honeysuckle heads the dozen entries as she bids to become only the third horse after Istabraq and Hurricane Fly to win the race on more than two occasions. She completed a hat-trick of wins in the Hatton’s Grace Hurdle on her seasonal reappearance at Fairyhouse in November. The Kenny Alexander-owned eight-year-old is bidding to extend her remarkable unbeaten winning streak to 14 under Rachael Blackmore before heading to the Cheltenham Festival in March to defend her Champion Hurdle crown.

Her trainer Henry de Bromhead is the only trainer to have won the Chanelle Pharma Irish Champion Hurdle with three different horses, Sizing Europe, Petit Mouchoir and Honeysuckle, and he has also entered Quilixios in this year’s renewal. Willie Mullins has made four entries, headed by last season’s leading novice hurdler Appreciate It and the Leopardstown stalwart Sharjah, a four-time Matheson Hurdle winner and third in Irish Champion Hurdle last year. The champion trainer also has Echoes In Rain and Saint Roi in the race.

Gordon Elliott betters Mullins’ entry by one and he could be represented by Zanahiyr, Teahupoo, Saint Felicien, last year’s runner-up Abacadabras and the 2017 winner Petit Mouchoir, which would be running in the race for the fifth time. Paul Hennessy’s Cheltenham Festival winner Heaven Help Us completes the early line-up.

A strong entry has been made for the Nathaniel Lacy & Partners Solicitors ‘€50,000 Cheltenham Bonus For Stable Staff’ Novice Hurdle, the first of the weekend’s Grade 1 races, with Charles Byrnes’ Blazing Khal, Gordon Elliott’s Ginto, the Joseph O'Brien-trained Eric Bloodaxe and Willie Mullins’ Minella Cocooner, Bronn and Whatdeawant among the early list of 17.

There are 10 entries for the race with Mullins’ Blue Lord and the Joseph O'Brien-trained Embittered and Busselton also in the mix.

Mullins also appears to hold the strongest hand in the Grade 1 Ladbrokes Dublin Chase with Allaho, Ferny Hollow, Energumene and the 2020 and 2021 winner Chacun Pour Soi among the nine horses that he has entered. A notable British challenge is headed by the Paul Nicholls-trained Greaneteen, the winner of the Grade 1 Tingle Creek Chase at Sandown in December, which could be joined by the progressive Editeur Du Gite, trained by Gary Moore and Jonjo O’Neill’s Cheltenham Festival scorer Sky Pirate.

Tim Husbands, CEO of Leopardstown Racecourse, said: “Dublin Racing Festival has a history of delivering the highest quality racing and our latest renewal is on course to match the standards set before. The calibre of the Grade 1 entries is mouth-watering to say the least, with many previous Leopardstown winners returning for more glory. A big thanks as always goes out to our sponsors on both days and to the owners and trainers who make these superb races possible. We are eagerly looking forward to the 5th and 6th of February!”