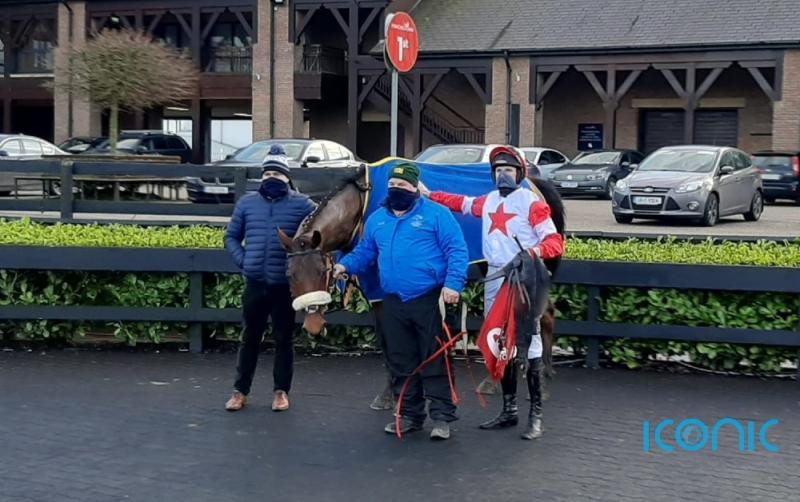 County Kildare trainer Peter Fahey is eyeing a Grand National double with The Big Dog – providing there is enough rain.

The eight-year-old, currently a 10-1 chance with the sponsors for the Coral Welsh National at Chepstow on December 27, signed off last season with victory in the €80,000 Punchestown Grand National Trial.

Having proved that stamina tests are his forte, Fahey is hopeful the Damien and Colin Kelly-owned Mahler gelding will take advantage of his 147 rating.

“I know he was beaten a fair way on his comeback at Wexford, but he has never really appreciated running in small fields,” he said.

“He has a nice weight and the hope is they will have a good bit of rain over there, and so much the better for him.

“Everything is good with him. He will do one school, a week before he goes, but everything is on course with him.”

Top amateur Jamie Codd, who partnered The Big Dog to success at Punchestown, will be unavailable to ride at Chepstow due to suspension.

“It is a shame that Jamie is unavailable, as he knows the horse so well and he suits him,” said Fahey.

“While nothing is finalised yet, we hope to have Johnny Burke aboard. He has not sat on him before, but he has ridden a few winners for me and hopefully he will get to sit on him beforehand. He’ll be a great ride for anyone in the race.”

Victory would top a memorable year for the Cloneygath stable, with County Hurdle hero Belfast Banter providing a first Cheltenham Festival success and a Grade One win at Aintree.

And Fahey is not ruling out the possibility of The Big Dog running in the Grand National itself.

“He loves the hustle and bustle of these big staying handicaps and they are tailor made for him so, please God, he will get slow ground in the Welsh National.

“I would not rule out the Grand National itself – it is an obvious target – but we will get Chepstow out of the way before we make plans. I’m very happy with him at the moment and very much looking forward to it.”