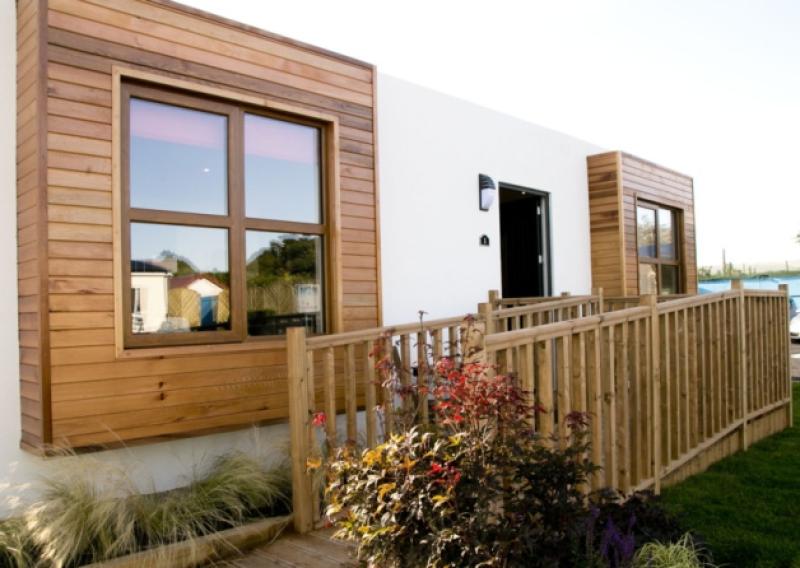 File Photo of a modular home

Kildare County Council has confirmed it was not consulted before sites in Newbridge and Rathangan were chosen for the development of modular housing to accommodate Ukrainian citizens displaced by war.

The issue was raised at today's Kildare-Newbridge Municipal District meeting held in Naas.

Councillors Mark Stafford, Tracey O’Dwyer and Peggy O’Dwyer had tabled a motion requesting that the Council confirm the complete list of sites submitted to the
Department of Housing for consideration for modular units and what criteria was considered.

The councillors also requested that in the event of additional emergency sites being required, that the council engage
with councillors and resident associations prior to a site being submitted.

The council said that the Department set out a list of criteria for selecting sites amid "the scale and urgency of the need to accommodate refugees from
Ukraine."

The Council was asked to identify sites that may be suitable for the immediate development of temporary or
permanent housing, and which have not already been earmarked for social and
affordable housing under Housing for All.

The Department's letter stated that sites should have access to piped services and water and wastewater
treatment facilities, "with sufficient scope for additional population loading".

The Department officials also insisted that refugee accommodation "should be at a scale that doesn’t exceed the population of the settlement, and potential development should
balance the need for economies of scale against the need to avoid isolating and to help integrate refugees into the community".

The council said that 18 public and private sites were mapped on a land mapping database provided by the
Department.

The 9 sites in public ownership by Municipal District are:

The Council statement said: "Kildare County Council has not been requested to propose additional sites not included in the list of sites identified above.

"Kildare County Council was not consulted in the final selection of the sites chosen for development of modular housing in
Kildare."