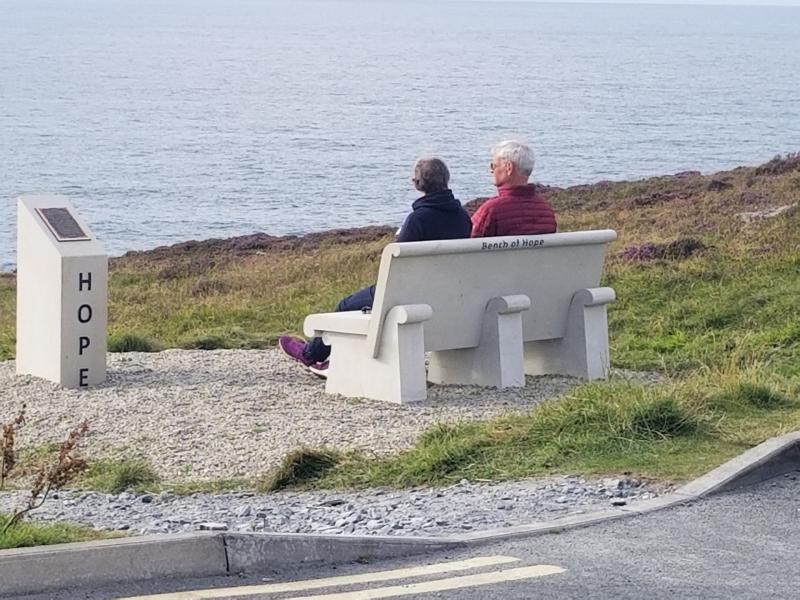 The Bench of Hope at Malin Head will, hopefully, be the first of many

Ireland’s first “Bench of Hope” has been unveiled at Malin Head, Ireland’s most northerly point.

The bench has erected in honour of the work of Gertie and Johnny Fox who helped found Darkness Into Light, which organises an annual walk to raise funds to raise funds aimed at bringing hope to people who have been impacted by suicide.

Johnny, 82,  a former international runner, was the first person in Ireland to do a solo run from Malin Head to Mizen Head which he did in 1979 to raise funds for two different charities.

His family have helped organise the erection of the bench to recognise the commitment of the couple to helping others.

Johnny and Gertie helped to start Darkness Into Light after losing two sons in less than two years. Robert passed away from cancer in 2006 aged 43 and Fergal was just 24 when he was lost to suicide. The couple had been attending counselling through Pieta House when they were asked by the charity’s founder Joan Freeman to help with fundraising.

The bench is partnered with a plinth which bears a poem Your Light, written Naas teacher Valerie Fitzpatrick, which the author describes as “an invitation to sit down, rest, reflect, heal, re-energize and reach out to others with love and hope.”

Ms Fitzpatrick, a teacher of Spanish and English and a guidance counsellor at St Mary’s College, is passionate about mental health issues and about a year ago she decided to write the poem with the hope that it might positively motivate anyone comes to sit there.

“Sometimes people go to bench because they are sad of or lonely or maybe feel isolated. The overall plan is also aimed at reducing the stigma associated around mental health and to encourage people to support each other,” said Ms Fitzpatrick.

She said the project was very well supported, including by Electric Ireland and the next step will be to construct a bench at Mizen Head, at the opposite end of the country. 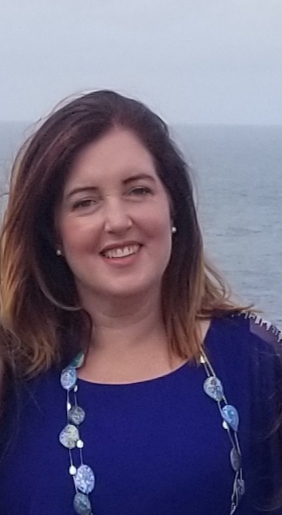 And then it’s hoped to have benches in towns throughout Ireland to raise awareness about mental health and to encourage conversation and community awareness.

“We’re all in this together to try to ensure that the future is brighter. Mental health matters to us all. No family in Ireland is untouched by loss, grief, depression, mental health difficulties or suicide.”