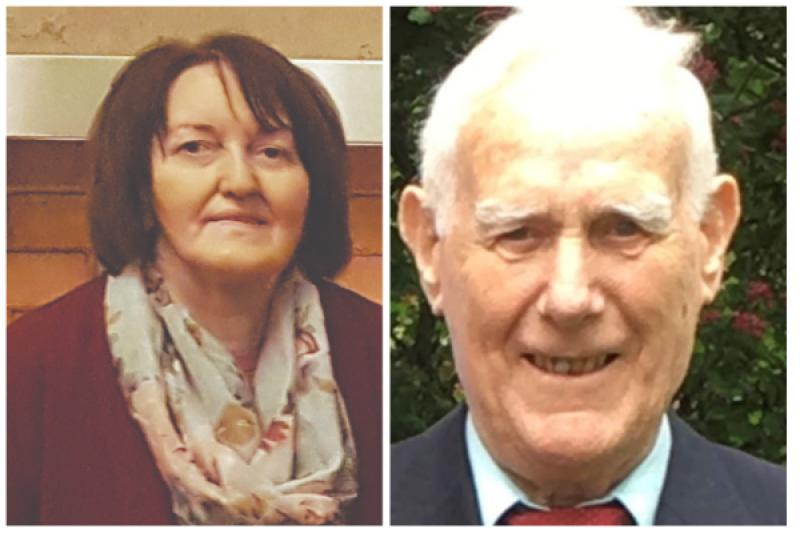 RIP to the late Peggy Connolly and Desmond Leavy

The death has occurred of Michael Connors
Kilcullen, Kildare

Messages of sympathy and support for the family, can be left in the condolence section below.

May Peggy Rest in Peace.

Reposing at her daughter Fiona's home (Eircode W91 KX00) this Sunday from 3pm to 7pm with Rosary at 7pm. Funeral Mass on Monday at 1.30pm in The Holy Trinity Church, Derrinturn followed by burial in the adjoining cemetery. You can also take part in Peggy's funeral Mass on the Carbury Parish webcam via the following link:

Condolences can be left on this page using the link below. The family would like to thank you for your support at this difficult time.

The death has occurred of Sandra KELLY
Thomastown, Rathangan, Kildare

Unexpectedly at home. Predeceased by her father Michael. Loving daughter of Ann and dearly loved sister of Michael, Kevin and Siobhan. She will be sadly missed and lovingly remembered by her family, her loving partner Alan, her Aunt Angela, Uncle Bernard, sisters-in-law, nieces, nephews, family circle, friends, neighbours and work colleagues.

MAY SANDRA REST IN PEACE

Reposing at her home on Saturday from 2pm and Sunday from 2pm.(Eircode ; R51VY75)Funeral Mass on Monday in in the Church of The Assumption and St Patrick, Rathangan at 11am followed by burial in St. Patrick's Cemetery, Rathangan. House Private Monday morning please.

Reposing on Sunday from 4pm to 7pm with Prayers at 6pm at Murphy Brothers Funeral Home, Church Lane, Naas. Removal on Monday to The Church of The Irish Martyrs, Ballycane arriving for 11am Mass. Funeral immediately afterwards to St. Corban’s Cemetery. Family flowers only please. Donations, if desired, to The Irish Cancer Society or The Alzheimer Society of Ireland. Enquiries to Murphy Brothers Funeral Directors, Church Lane, Naas. Ph: 045 897397.