Motoring Review: The new Peugeot 2008 is a fanciful French SUV

Motoring review: The new Peugeot 2008 is handsome, frugal and comfortable to drive 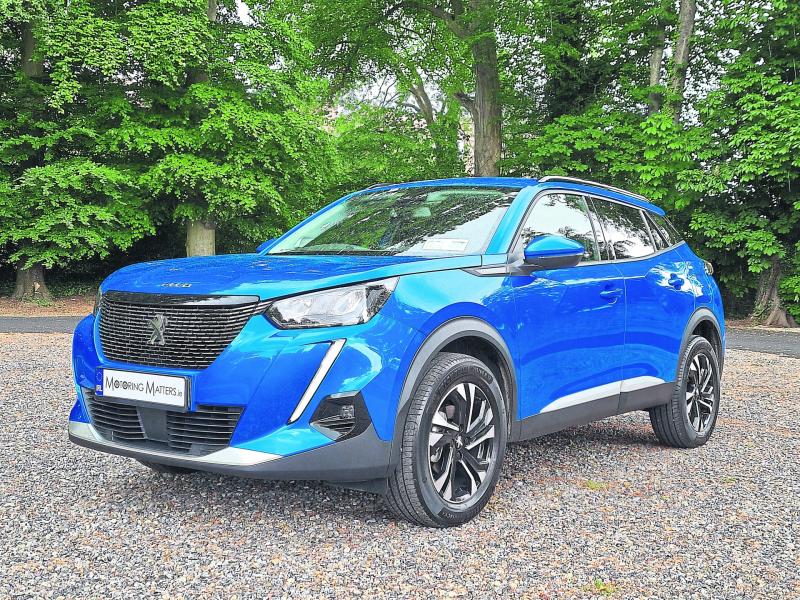 Sales of small SUVs have rocketed in the last few years, so it is little wonder that the Peugeot 2008 has become one of the French brand’s most important models.

The original 2008 replaced the Peugeot 207SW (Station Wagon) in 2013, and went on to sell over one million units in the intervening years. Peugeot launched the second generation of their small SUV in 2020, and with it came a huge leap forward in terms of style, safety, infotainment, engine technology, and overall build quality. A more daring exterior design than its predecessor really sets the new 2008 apart from the small SUV crowd, while the striking cabin of the car puts most of its rivals to shame.

While the original 2008 possessed curvy, smooth lines, the latest model is far more angular, taking design cues from the larger Peugeot 3008 SUV — a former Irish and European Car of the Year winner.

An imposing grille, protruding chin spoiler and fang-like LED daytime running lights give the new 2008 a distinctive look, while the car looks rugged and robust from every angle. Rivals to the new 2008 include the Renault Captur, Ford Puma, Hyundai Kona, Nissan Juke and the Skoda Kamiq, so buyers of small SUVs have never had it so good.

Measuring in at 4,300mm, the new 2008 is longer than its predecessor, with this extra length resulting in more interior space, thereby improving room for rear-seat passengers in particular. Legroom throughout the cabin is impressive, and there is plenty of space for feet under the front seats, while head and elbow room is also excellent. In keeping with other models in the revitalised Peugeot range, the 2008’s interior is stunningly designed and cleverly laid out, with flourishes like the piano keys in the middle of the dashboard and the latest version of Peugeot’s i-Cockpit taking centre stage. Build quality throughout the cabin is excellent, with ample use of soft materials on visible surfaces providing a premium feel.

The new platform underpinning the new 2008 (along with its 208 supermini sibling) supports petrol, diesel and all-electric power, with a clever traction control system called Advanced Grip Control available for times when you need to keep going in slippery conditions.

A 1.2-litre Puretech turbocharged petrol engine (with stop/start technology) is available with a choice of 100, 130 or 155bhp — with the latter option only available in range-topping GT trim with an 8-speed automatic transmission as standard, while a 1.5-litre BlueHDi turbo-diesel engine with 110bhp is also offered in Active and Allure trim levels.

A six-speed manual gearbox comes as standard with the Puretech 100 and 130bhp engines, along with the single BlueHDi unit, while the Puretech 130bhp engine can also be specified in automatic guise. The fully-electric e-2008 SUV is available in all three trim levels.

My test car was a new Peugeot 2008 Allure 1.2-litre PureTech (petrol) 6-speed manual and was finished in gorgeous Vertigo Blue metallic paint. Producing 100bhp and 205Nm of torque, the 0-100km/h sprint can be completed in 11.9-seconds, while a top speed of 188km/h can be achieved (where permitted).

Fuel economy is equally impressive, with as little as 5.5 litres of fuel being consumed for every 100kms driven on a combined driving cycle, while annual road tax is just €200.

On the road, the new 2008 handles neatly and securely with minimal body roll in corners, while the high set driving position and large glass areas ensure excellent visibility. Refinement is strong overall, while the cars admirable suspension set-up does a great job of coping with humps and bumps in the road.

The car’s slick manual gearbox is a joy to use, and contributes to making the new 2008 the super-smooth small SUV that it is, while rear parking sensors and a 180-degree Visio Park rear view camera make light work of parking in a crowded supermarket car park.

The interior of the new 2008 sees the instruments sit above the dashboard, with a small and sporty steering wheel beneath them. With plenty of adjustment options for the driver’s seat and steering wheel, it is easy to find a perfect driving position.

Build quality within the entire cabin is exceptional, with a sharp design and comfortable seats marking the new 2008 out as a car that tends to make many of its rivals look dated in comparison.

The ‘Traxx’ leather-effect and ‘Isabella’ cloth trim in my test car looked and felt great, while an impressive 434-litres of boot space with the rear seats in place can be expanded to a huge 1,467mm when the rear seat backs are folded, thereby offering terrific practicality, while 32-litres of storage space distributed throughout the cabin will prove beneficial for small items, such as drinks or snacks, that passenger carry with them.

Overall, I found the new Peugeot 2008 to be a genuinely handsome car, excellent to drive, frugal, refined and comfortable, with a class-leading interior.

All Peugeot passenger cars are supplied with a comprehensive five-
year/ 100,000km warranty for total peace of mind motoring.