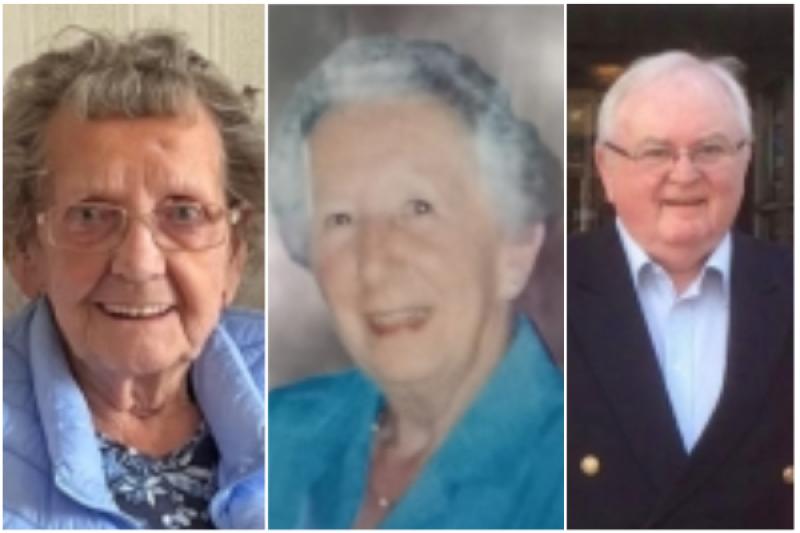 Moira will repose at Thompson’s Funeral Home, Athy, Eircode: R14 NX80 on Wednesday 27th July, from 5pm concluding with Rosary at 7pm. Removal by Thompson’s Funeral Directors on Thursday morning to arrive at St. Michael’s Parish Church, Athy for Requiem Mass at 11am. Burial afterwards in St. Michael’s (New) Cemetery, Athy. The Funeral Mass will be live streamed and can be viewed by clicking on the following link Athy Parish Webcam.

Messages of sympathy and condolences for the family may be left by selecting “Condolences” below.

Funeral arriving at The Church of the Sacred Heart and St Brigid, Kilcullen, Co. Kildare, on Friday 29th, for 11am requiem Mass, burial afterwards in Two Mile House Cemetery, Naas via Giltown. The funeral Mass will be live-streamed on www.mcnmedia.tv. Please feel free to leave a message of sympathy for Peter's family in the condolence section below.

Reposing at his home on Thursday evening (July 28th) until 8 pm. Removal on Friday morning (July 29th) to St Patrick’s Church, Celbridge arriving for Funeral Mass at 11am followed by cremation in Newlands Cross Crematorium. Sean’s funeral service may be viewed (live only) by following this LINK. Family flowers only, please.

“May Betty Rest In Peace”

Reposing at The George Mullins Funeral Home, Kilcullen Road, Naas on Thursday form 3pm to 7pm with Rosary at 6.30pm. Funeral Mass on Friday morning at 10am in The Church of Our Lady and St. David, Naas. Funeral afterwards to Dardistown Crematorium (eircode K67 HP26). Family flowers only please. House Private.