BREAKING: Suspected cannabis with an estimated street value of over €9,000 seized by Kildare gardaí

Suspected cannabis herb with an estimated street value of over €9,000 has been seized by gardaí in Kildare.

The announcement follows after gardaí arrested and charged a male aged in his 20s following the seizure of drugs in Kildare town on Monday, July 4, 2022.

At approximately 5.30pm on Monday, gardaí in Kildare stopped a vehicle on the Nurney Road in Kildare and conducted a search of the vehicle.

Cocaine with an estimated street value of €980 as well as a sum of cash was located. 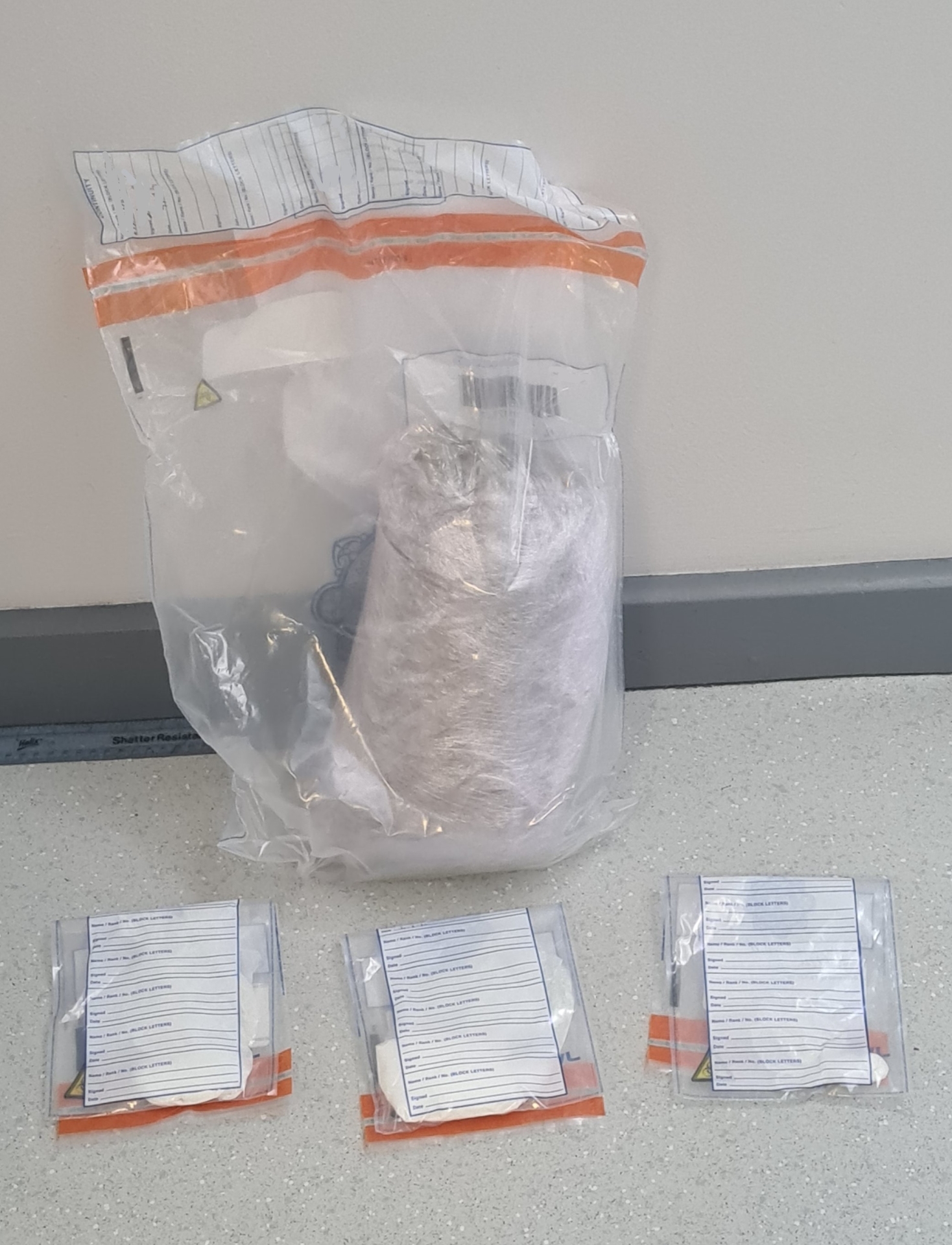 The suspected cocaine that was seized. Pic: An Garda Síochana

The male driver of the vehicle was arrested and taken to Kildare Garda Station where he was detained under Section 4 of the Criminal Justice Act, 1984.

He was later charged and is due to appear before Naas District Court at a later date.

Gardaí told the Leinster Leader that a subsequent search was conducted at a properties in Kildare yesterday evening.

During these searches, suspected cannabis herb was seized with an estimated street value of over €9,000.

All drugs will now be sent for analysis and investigations are ongoing, gardaí added.