Former Rathangan, Co Kildare, garda honoured by Minister for Justice on his retirement 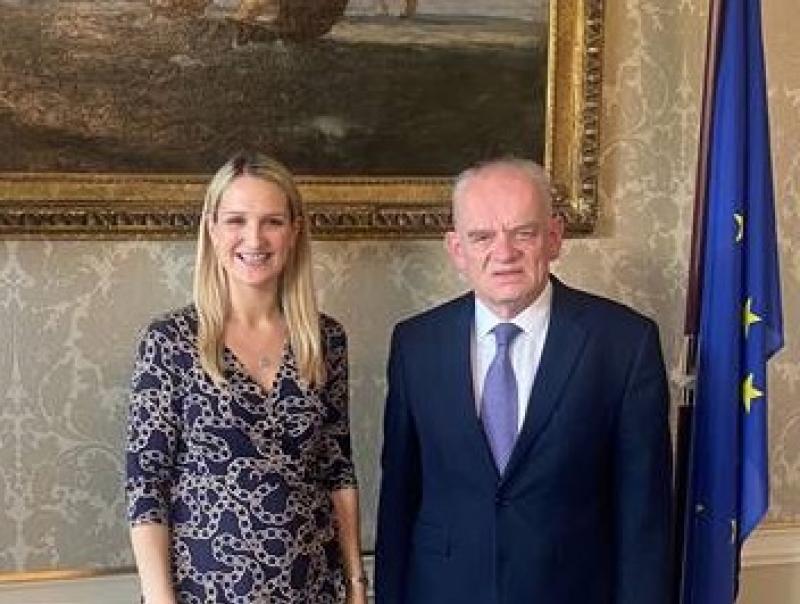 An Assistant Garda Commissioner, who served in Rathangan, Co Kildare, earlier in his career, was honoured by Minister for Justice Helen McEntee on his retirement earlier this week.

John O'Driscoll retired on Tuesday after 41 years of service in An Garda Síochána. He joined the force in 1981 and was originally stationed at Fitzgibbon Street Garda Station in Dublin’s North Inner City.  He rose through the ranks, serving in areas such as the Garda National Immigration Bureau, Garda National Drug Unit and the National Bureau of Criminal Investigation, and was being promoted to Assistant Commissioner, Special Crime Operations, in 2016.  He has served in multiple districts around the country, including many years in the Dublin Metropolitan Area as well as time in Swinford, Co Mayo and Rathangan, Co Kildare.

“John O’Driscoll has served the State with integrity and distinction over the course of his 41 year career in policing," said Minister McEntee. "Throughout his career, and particularly in difficult days since 2016, John has embodied the finest tradition of An Garda Siochana. His experience, dedication and leadership ensured the success of the Drugs and Organised Crime Bureau in effectively disrupting organised crime groups and bringing to justice many of the most serious criminals.

"In recent months months, we have seen the work of An Garda Síochána with their  international law enforcement partners come to fruition to effectively tackle criminal groups - John’s work has been central to quietly harnessing this coalition of support.

"As he retires today, I know John’s heart will always remain in policing and his legacy will have a lasting impact - on all those who have had the privilege to work with him and on the public he has served with such steadfastness.  I wish John and all those close to him many years of healthy and happy retirement.”