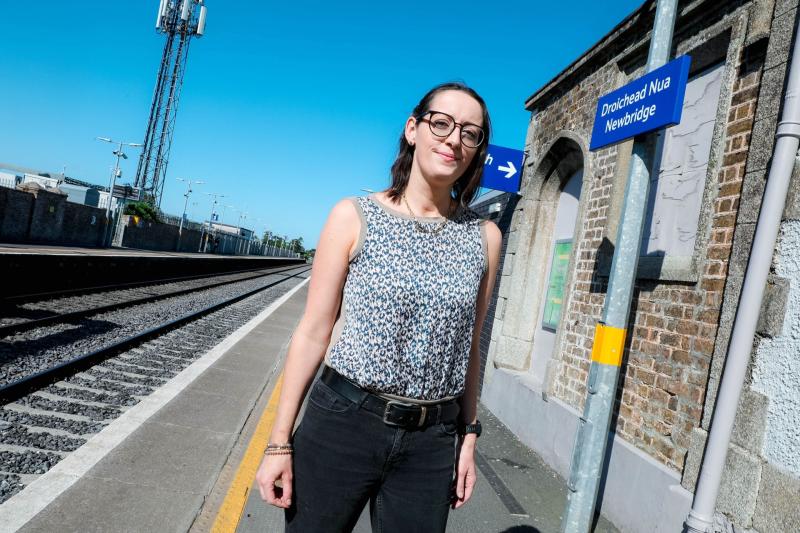 A Newbridge woman is spearheading a campaign to introduce cheaper train fares for local people travelling within Kildare and to Dublin.
Curragh native Jennifer Caffrey, who is a member of Newbridge Community Development organisation, began an online campaign - Extend Short Hop Zone earlier this month and has already amassed around 400 supporters.
The Short Hop Zone charges lower fares for commuters who are allowed to use Leap Cards and have access to fare capping. It currently stops in Sallins station but mother-of-two Jennifer believes this scheme should be extended to Newbridge and other stations in South Kildare where commuters may be paying up to three times the cost to get to and from Dublin.

Jennifer said the cost of fares is forcing people to drive to Dublin or to turn down work or college opportunities in the capital.
No access to the Leap Card or fare capping can result in travel to Dublin being simply out of reach to many as a weekly train ticket could cost up to €100, she said.
Jennifer told the Leader: “I feel very strongly about this, but up to now I didn’t have the time or support to do something about it.
“The difference in the fares is totally unfair between Sallins which is in the Short Hop Zone and areas in South Kildare like Newbridge and beyond.
“But since I set up the Facebook group over a week ago, I’ve had so many messages from people telling me their own individual stories and demanding change. Commuters, teenagers, mothers and locals wanting to travel from Naas to Newbridge have got in touch.” 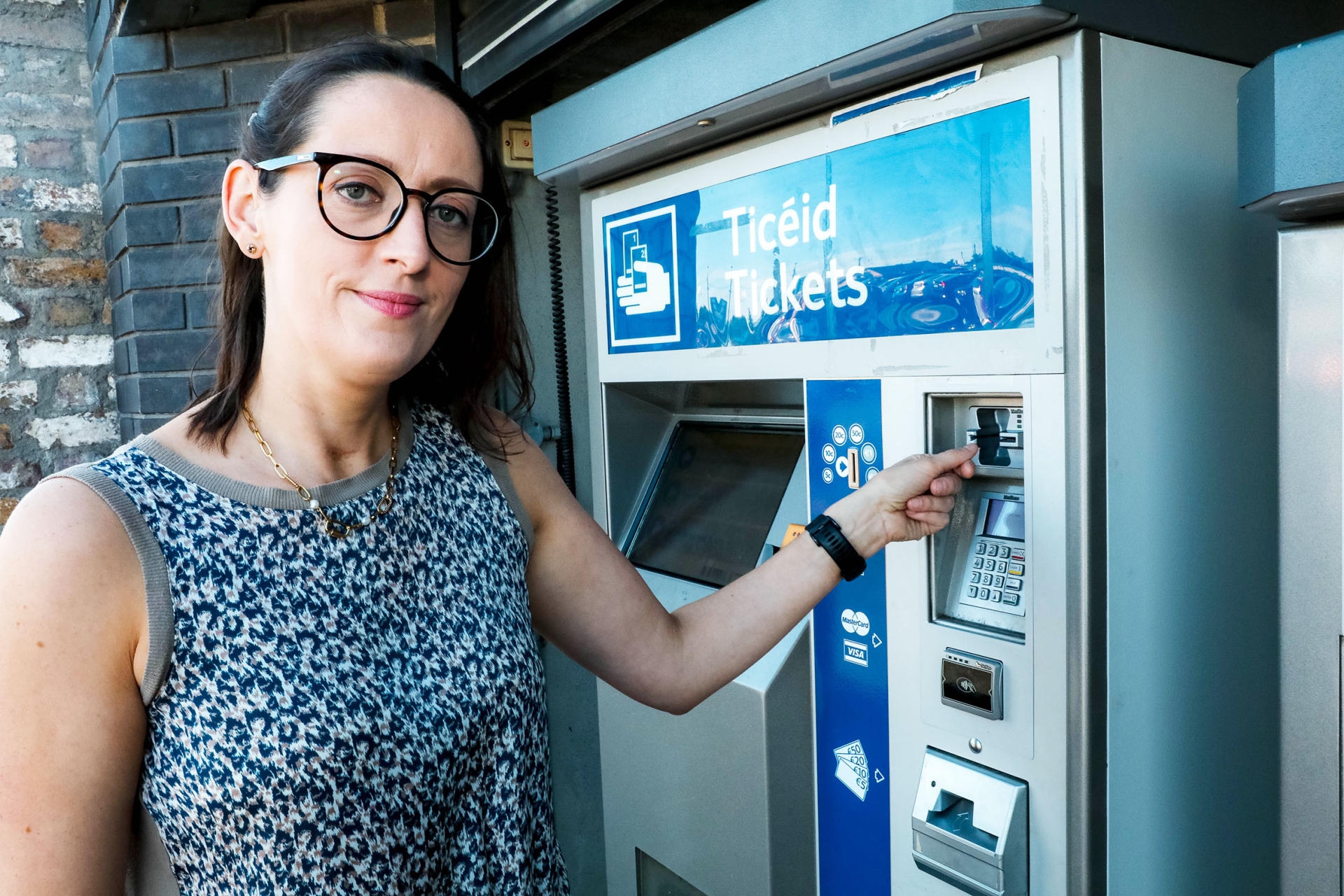 Jennifer added: “It affects everybody from teenagers getting out and about to college students who can’t afford accommodation in Dublin to young people looking for work.”
Jennifer, who works as an IT project manager in the Royal College of Surgeons in Ireland, (RCSI) attended the Holy Family Secondary school in Newbridge.
She later moved with her husband to Australia and later to London before returning to Newbridge.
She explained: “We returned six years ago and I was commuting daily up to Dublin until the pandemic hit.
“Like others now working remotely a few days a week I have time to contribute to the community I’m living in — in a meaningful way.
“I have found Newbridge Community Development a progressive and supportive organisation to be involved with.”
The campaigner also said that people coming to Newbridge to rent or buy homes are getting a shock with the train fare prices to Dublin or to work in adjoining towns.
She continued: “We’re supposed to be leaving the car at home and lowering our carbon footprint but the train fares are forcing us to do anything but that.”
Jennifer said it must be remembered that Newbridge is the biggest population town in County Kildare and is the tenth biggest town in the country outside of the five cities.
She added: “It has the largest percentage of lone parents in Kildare and other socioeconomic indicators — all indicating a greater need for public transport access.
“Newbridge is also a travel hub for many surrounding towns and areas including: Kilcullen, Athgarvan, The Curragh , Suncroft, Milltown and Allen.”
The National Transport Authority (NTA) told the Leader that a review is currently being carried to make fares more ‘equitable’ outside the Short Hop Zone.
A spokesperson said: “In 2017, the NTA extended the Short Hop zone as far as Kilcock and Naas and Sallins so that the zone was equidistant to the stations at the end of the Short Hop zone on the northern and southern coastal routes.
“The NTA recognises that there is a higher distanced based fare outside the Short Hop Zone than within it. Instead of extending the short hop zone to further stations, the Authority is examining what needs to be done to ensure that the distance based fare outside the Short Hop Zone is in line with the distance based fare inside the Short Hop Zone.
“Therefore the fares will be more equitable.
“This work is ongoing and the Authority will be examining what the fare foregone will be to introduce a more equitable system and present that to government for funding at the next budgetary cycle.”
The issue has been raised in the past by local politicians such as Senator Mark Wall and Senator Fiona O’Loughlin.
Local TD and Minister of State Martin Heydon said said: “Huge differentials currently exist in fares between areas in the Short Hop Zone such as Sallins/Naas and Hazelhatch and those outside of it such as Newbridge, Kildare town, Monasterevin and Portarlington.
“These differentials are so large as to drive commuters back into their cars which is not what we want.
Mr Heydon said there are excellent train services and facilities in South Kildare and added that it is one of the reasons that has encouraged more people to live in towns and surrounding areas.

‘Must remain feasible to use’
But he added: “We must ensure that it remains feasible for them to use these services to commute to the city for work. Our local roads and motorways are already busy enough without frustrated commuters added to congestion.”