PHOTO GALLERY: All the style from Kildare Rose selection night 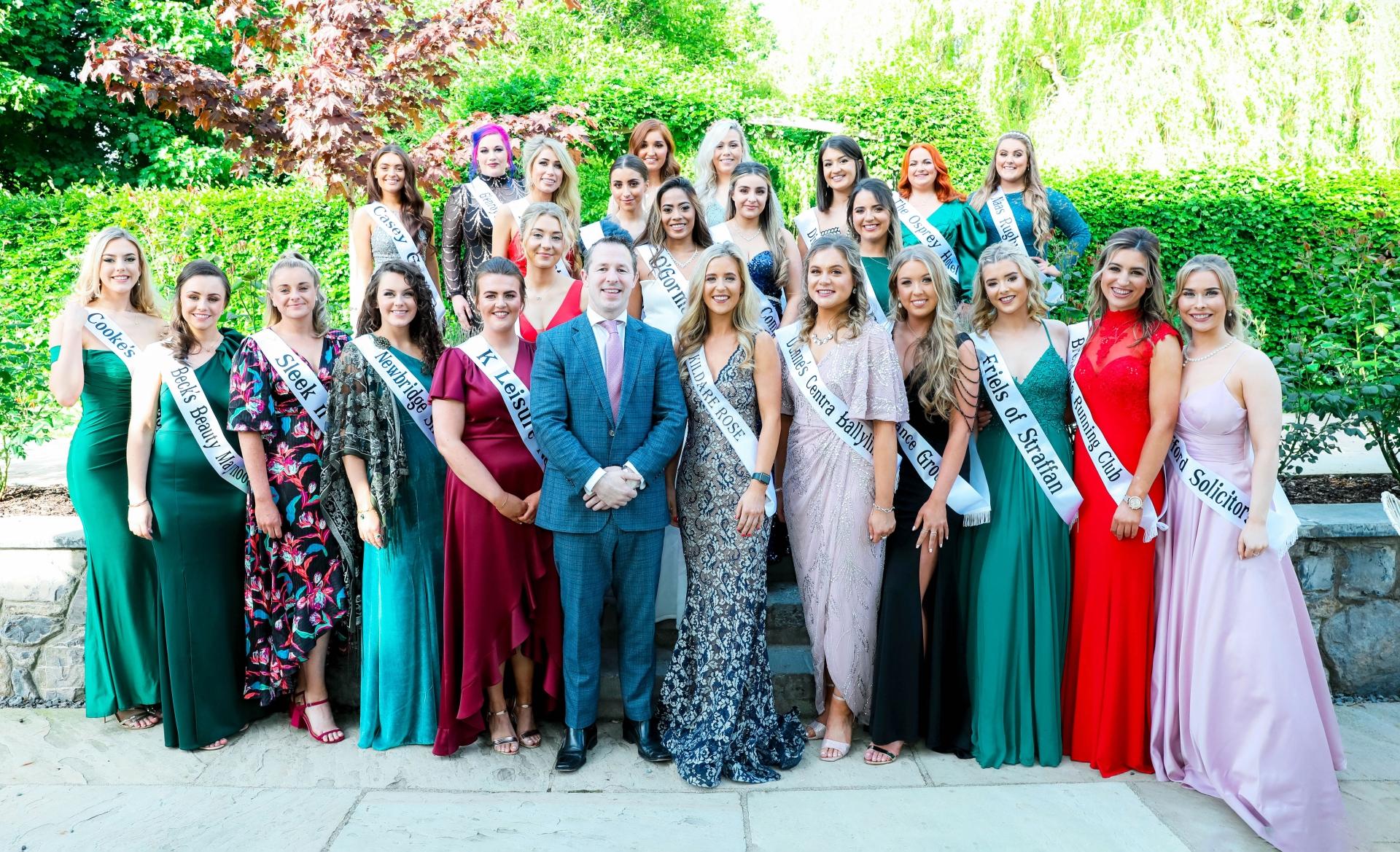 The atmosphere was electric where 27 fabulous entrants took part in the Kildare Rose selection event at Barberstown Castle last Friday.  They had a very busy schedule all day on Friday as they prepared for the show. Interviews were held during the day for each entrant followed by group interviews with the panel of judges consisting of Sarah Kearns (2016 Kilkenny Rose), John Marron (International Rose of Tralee Escort) and Ciara Lawlor from INTO Kildare.

The crowd were assembling from 6pm to avail of good seats and to get prime position for the numerous signs and banners which were brought in support of all the Roses. The master of ceremonies for the evening was the hugely entertaining Marty Morrissey who entertained the audience all night long. He put his professional skills to good use and made all the Roses feel special and relaxed.

The show got under way with the entrance and welcome to all the Roses.

The Roses were all individually interviewed on stage for a five/six minutes and some even had enjoyable party pieces to entertain the many family and supporters there.

Kildare's Rose, Ashleigh Byrne from Newbridge, says being crowned was 'like a dream come true'

Steve Cronly, Director of Operations of the Rose of Tralee International Festival commented that “there can be only one ambassador selected but each Rose did themselves, their sponsors and their families proud on the night. A huge thank you to all entrants for the commitment to all the Rose events they attended over the past weeks and also to the sponsors who made it all possible.

The raffle proceeds on the night were donated to the Jack n Jill Foundation with some fabulous prizes up for grabs .

The best dressed lady and gentleman was announced followed by the selection of the best banner. The banners depicted a scene from winning streak and a lot of time and thought obviously went in to them.

Marty Morrissey  called all the Roses to the stage for the announcement of the 2022 Kildare  Rose. There were a few words from Lyn Moloney, Kildare Rose Coordinator who paid tribute to all 27 girls who have been part of the Kildare Rose journey over the last few months. Lyn also thanked our new Proud Sponsor Whitewater Shopping Centre and Barberstown Castle for their flawless hospitality. It was a dream venue for the Kildare Rose Selection and we look forward to returning in August on the International Rose of Tralee Tour.

The moment arrived and Ashleigh Byrnes was announced as the 2022 Kildare Rose and proved to be a very popular choice with the audience. Ashleigh is 25 yrs old and hails from just outside Newbridge. She pursued a Degree in Fine Art in the Limerick School of Art and Design specialising in Sculpture and Combined Media. Ashleigh was kindly sponsored by Newbridge Silverware for the Kildare Rose Selection. The party began and the celebrations continued into the early hours.

Ashleigh will represent Kildare live on RTE  at the Rose of Tralee International Festival in Tralee  in August  holiday weekend. There will be 33 Roses going  forward to the televised selection from 19th to 23rd August 23rd  in Tralee. A €25,000 world travel prize fund, the use of a brand new KIA car for the year, and a chance to become an Ambassador for Kildare and Ireland await the next Rose of Tralee.

The Kildare Rose Centre would once again like to  say a huge thanks to Whitewater SC for their support as Main Sponsors, to Ted Robinson and his excellent staff at Barberstown Castle for their flawless hospitality and all our Media Partners in Co. Kildare. Your support is very much appreciated.

All photos by Aishling Conway.