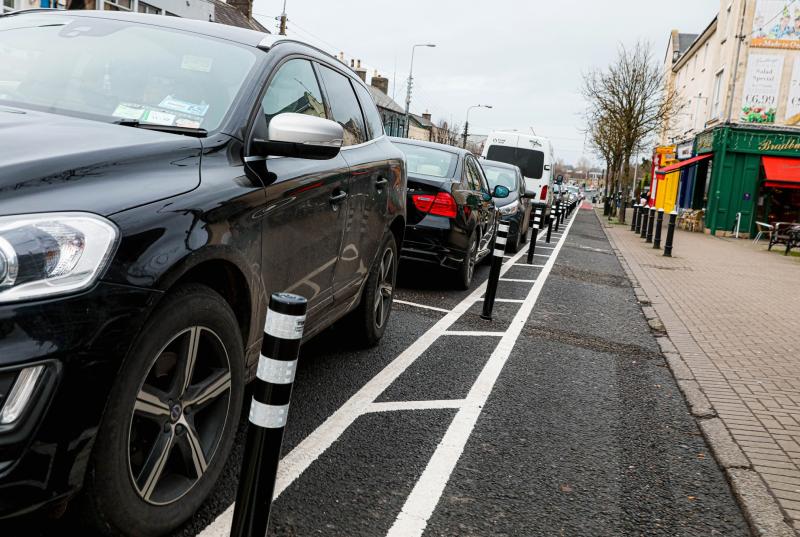 A local group opposed a controversial cycle lanes in Newbridge may be invited to address councillors and officials.

The Newbridge Reverse the Changes Group has around 800 members on Facebook.

Members of the local Kildare-Newbridge Municipal District (MD) will discuss at its monthly meeting next week whether to receive a delegation from the group.

The meeting takes place in Áras Chill Dara in Naas on May 18.

Councillors Tracey O’Dwyer, Chris Pender, Peggy O’Dwyer, Fiona McLoughlin Healy, Noel Heavey and Rob Power will use the meeting to attempt to call on Kildare County Council to issue a press statement including a complete map showing all proposed cycleways in Newbridge and the connectivity between them, public and councillor feedback received to date, actions taken on foot of this feedback and the next steps for this project.

At a MD meeting in February, some councillors claimed they received online abuse on social media due to the controversial cycle lanes in Newbridge.

Senior executive engineer and the council’s head of sustainable transport and traffic management, Donal Hodgins, told the meeting that all feedback received would help to inform the design and operation of a permanent cycle lane infrastructure.

He told councillors that no safety incidents were reported at the time and added that the new narrower lanes for traffic were the standard width for an average street of a town the size of Newbridge.

He also insisted there was no reduction in spaces for people with disabilities.