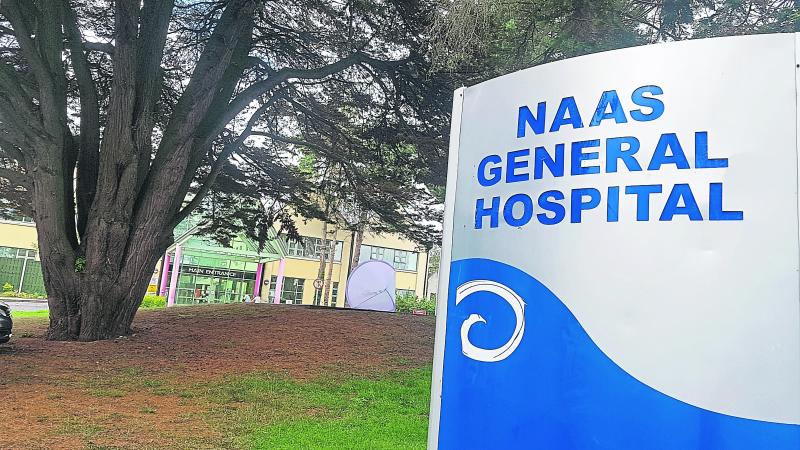 There were 280 patients admitted to Naas General Hospital during March without a bed being immediately available.

This compares with 218 admissions without a bed for the same month last year and just 30 in 2020.

However the overcrowding figure for March 2019 was 425.

The highest March overcrowding figure was in 2011 when there were 778 patients on trolleys.

The Irish Nurses and Midwives Organisation (INMO) have been collating overcrowding figures at the public hospitals of Ireland since 2006.

They say that nationally last month has been the worst March for overcrowding since ‘06.

At Portlaoise Hospital there were 109 people without a bed in March — compared with just 17 the previous March.

During the first three months of the year, 29,500 patients hadn’t a bed when first admitted.

INMO General Secretary, Phil Ní Sheaghdha said: “When nurses and midwives use phrases like ‘out of control’ and ‘chaotic’ to describe hospital overcrowding we do not do so lightly. It has been an extremely busy month for those working in our hospitals with over 37% of those who have been on trolleys since the beginning of 2022 presenting to our hospitals in March.”

She added that hospitals are currently not safe for patients or staff because of the level of overcrowding and Covid-19 infection levels.

“We need clear and coherent public health advice from Government and senior public health officials. The public need to be made aware of why we need them to once again step up to the plate in order to protect those who are working on our frontlines.”