Imelda May included in this year’s special menu of poems 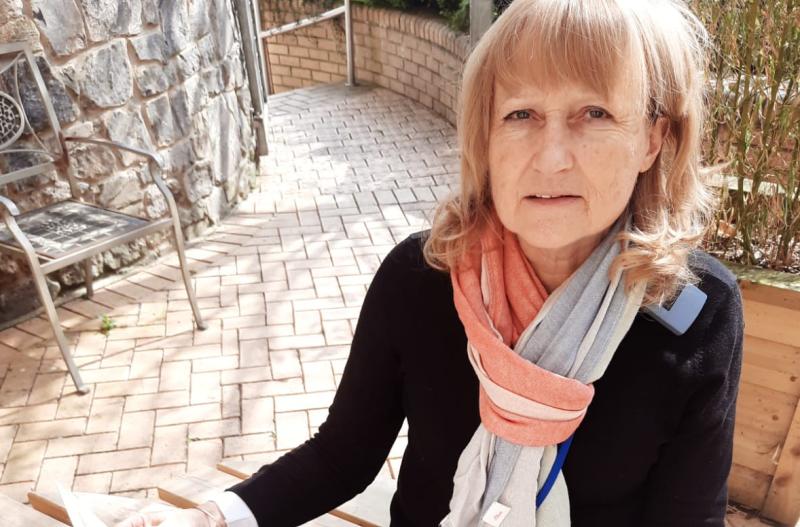 To celebrate Poetry Day at Naas General Hospital yesterday, 400 copies of a special anthology called a Menu of Poems was distributed to staff and patients to enjoy.

The Naas Hospital Arts Officer Bernadette Jackson was centrally involved in picking out the poems that were included in this year’s edition, which was handed out not just in Naas but in hospitals and healthcare settings across Ireland.

Bernadette, who works as a senior medical scientist at Naas General Hospital, said she got a great reaction from patients as she made her deliveries.

“One patient a Kildare man, actually called me to his bedside to show me poems that he’d written himself, including one about horseracing. The Menu of Poems is a good conversation starter and as the arts officer here in Naas Hospital, I am delighted it has returned to the hospital and our patients get the benefit of this rich literary work.”

As a member of the Arts for Health partnership who produce the Menu of Poems, it was Bernadette’s idea to ask Imelda May to include some of her poetry in this year’s edition. Since its conception in 2008, Menu of Poems has been a positive development in the lives of both patients and those who work in healthcare settings across Ireland.

Rita Ann Higgins, Poet and Editor of the 2022 Menu of Poems said, "It's not unusual to reach for poems at a time of crises or distress, sometimes poems are all we have to get us over the tough times. Selecting poems for this project was a great pleasure. It made me take down the books I had not read for a while. It was like meeting old friends. In the end the selection made me feel warm and grateful for the powerful voices of Cullen, Evans and May, may the creative force stay with them."

Imelda May, Musical Artist and Poet said, “I am delighted that one of my poems “Stargazer” is selected for Menu of Poems to be in hospitals on Poetry Day. What a beautiful thing to do. It’s such a lovely thought and I am very honoured that my poem was picked by Rita Ann Higgins who is a lovely friend of mine. I am a fan of hers and inspired by her greatly. I hope people get something beautiful from reading poetry from their hospital beds, that it gives them nourishment, joy and healing. Hopefully the words will stay with them way beyond their hospital stay.”