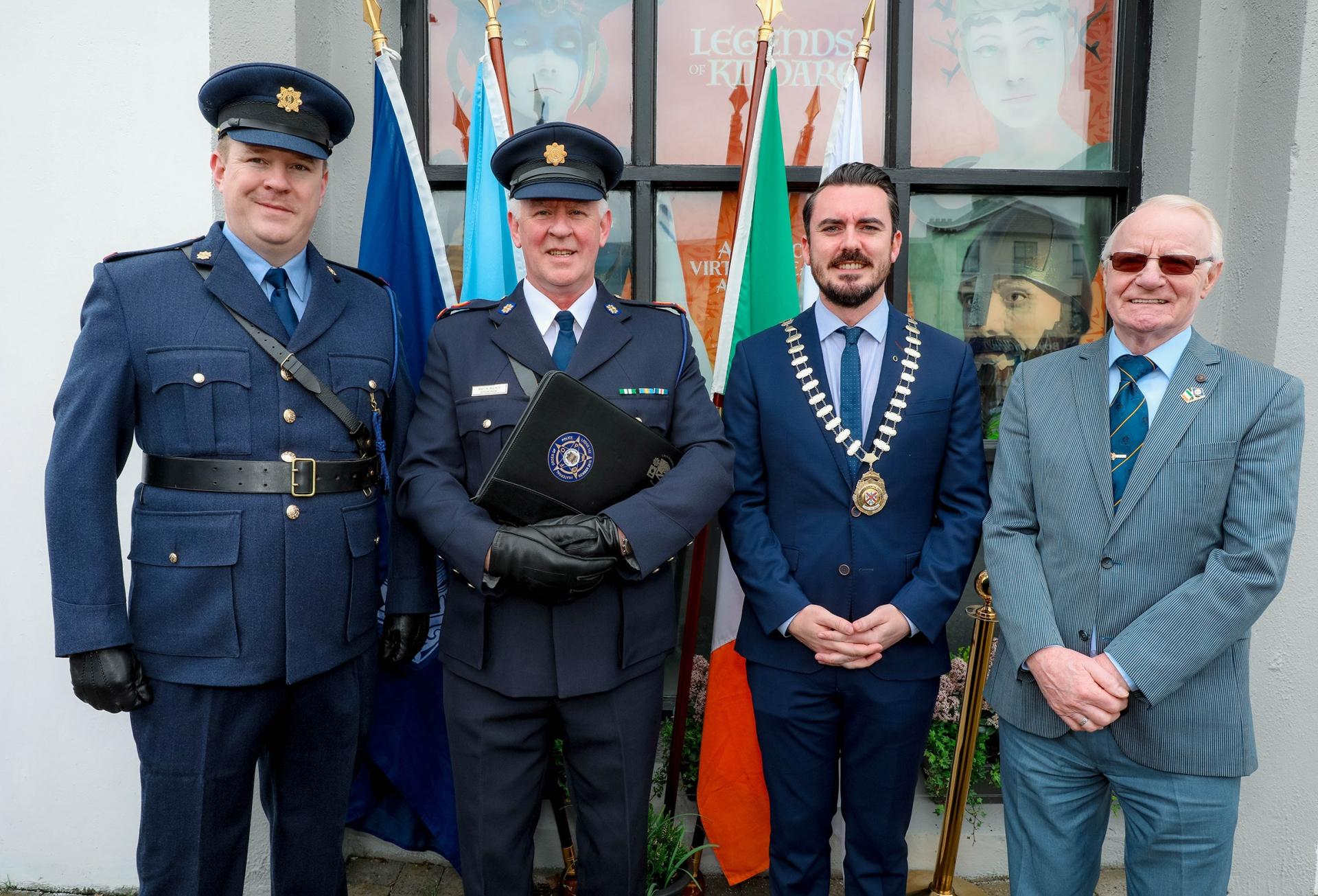 The key role that Kildare town played in the formation of an Garda Síochána 100 years ago was marked with a major commemoration event on Saturday, April 16.

Over 150 people turned out to take part in family-friendly activities which saw the Garda Band and Lord Edward’s Own Re-enactment Group march through the town.

An re-enactment took place at Cunningham’s pub, the site of the old RIC Barracks, to signify the handover of policing duties from the RIC to the gardai.

Exhibits from the Garda Museum were also put on display in the Old Courthouse and an open day took place at Kildare Garda Station.

Mayor of Kildare, Cllr Naoise O Cearúil told the audience that during the Covid-19 pandemic “we saw our community gardaí and all gardaí helping and assisting their respective communities.”

He added: “Our gardaí continue to put themselves in harm’s way to protect our country, our county and our communities and for that I would like to thank all current and retired members of the force.”

Deputy Commissioner Anne Marie McMahon, who lives in County Laois, said the centenary of the foundation of the force gives an unique opportunity to present the role and importance of gardaí in Irish society in an inclusive way.

She explained: “The 15 of April in 1922 was a very momentous occasion when Commissioner Michael Staines led a band of recruits who arrived at Kildare train station from Dublin.

“In September 1922, having completed their training, the first recruits left this town to go to their garda stations right around the country.

“The Civil War was taking place and policing the new Irish Free State was both difficult and dangerous. Within a very short time, the gardaí were accepted in the communities they policed, creating a unique relationship with the people of Ireland that still stands today.”

The high-ranking garda added: “Our arrival in Kildare and the time spent here built the foundations of how the new police service was to evolve.

“Kildare town holds a very special place in the history of An Garda Síochána and that history and connection still stands today.” Also present at the event was the vice-president of the Garda Síochána Retired Members Association, Marie Roche.

The event was organised and funded by Kildare County Council’s Decade of Commemorations Committee, An Garda Síochána, An Garda Síochána Retired Members Association and the Department of Tourism, Culture, Arts, Gaeltacht, Sport and Media under the Decade of Centenaries 2012-23 initiative.

All photos by Aishling Conway.