Kildare's Wildlife Watch: The jay — the lone ranger of the crow clan 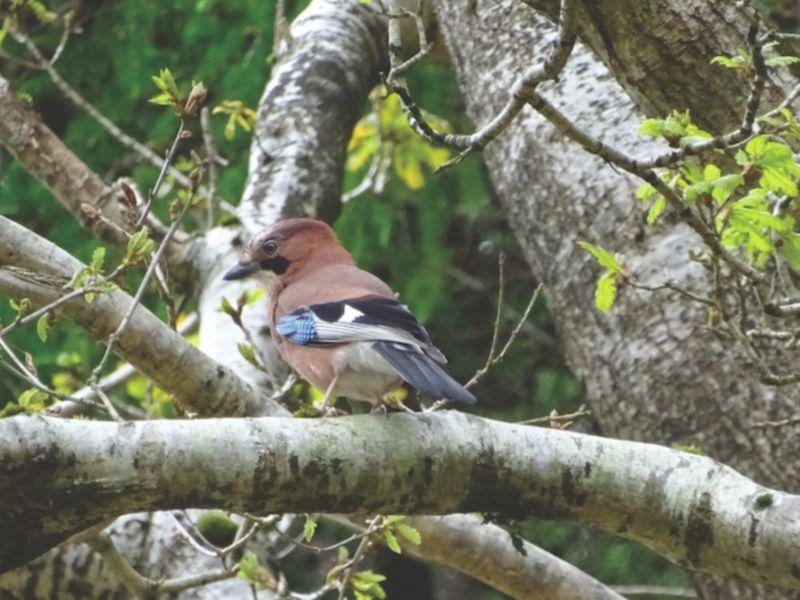 There are seven species of bird in the crow family. These include magpies, hooded crows, jackdaws, chough, rooks, ravens, and this week’s wildlife species, the jay (scréachóg as Gaelige).

Looking at many of the members of the crow family, their plumage (feathers) are often dull black in colour — however, the jay is considered the most brightly coloured of all the family.

Indeed, BirdWatch Ireland consider the jay to be one of the most brightly-coloured of all Ireland’s breeding birds.

The jay can be found in deciduous woodland and sometimes in coniferous forests and is rarely seen in our urban environments. However, you may be fortunate, as they have been recorded in gardens and parks.

The body feathers are pinkish-buff in colour, the tail is black, the rump is white and the wing feathers are black and white with a striking bright blue patch.

The jay is an omnivore, feeding on invertebrates including beetles and spiders, but in autumn it also takes advantage of the plentiful supply of acorns and other fruits as a food source.

It is said that, similar to a squirrel, the jay will create a store of acorns for the winter months ahead. Jays are resident in Ireland all year; however, unlike many members of the crow family, jays do not form flocks but can sometimes be seen in groups in spring.

It is believed these groups of birds are possibly single jays in search of a mate.

Jays build their nest well hidden, high in trees, from gathered twigs, mosses and hairs. Both male and female contribute to building the nest and, once ready, the female will lay between four and five speckled eggs which are pale blue-green in colour. The young fledge about 22 days after hatching, and live quite a solitary life.

I am not sure if you will have a jay visit your garden this week but if you take a walk in a local woodland, watch for the jay in your local area.

Don’t forget if you come across a wildlife species that you would like help identifying I would be happy to assist.