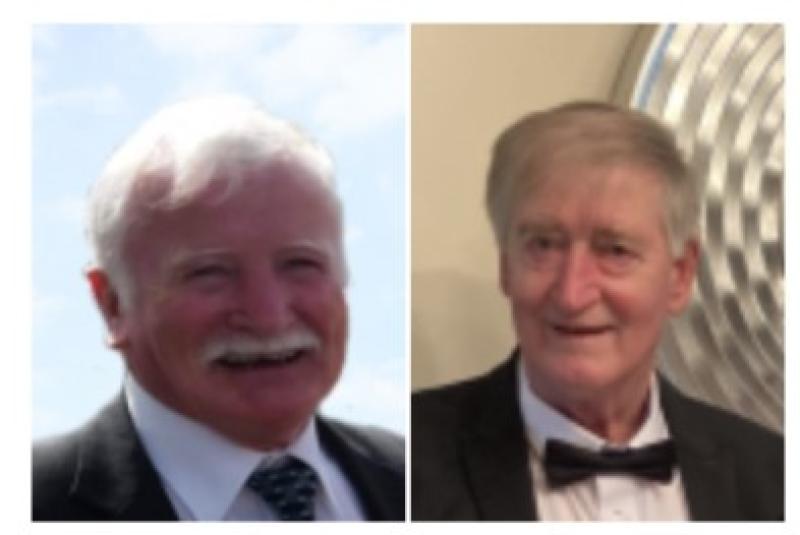 RIP to the late John Ashton and Edwin Hendy

Peacefully surrounded by his loving family, in the exceptional care of the ICU staff in St. Luke's Hospital, Kilkenny.

MAY EDDIE REST IN PEACE

A special word of thanks to Dr. Avanci and his team, all of the doctors, nurses, and staff at St. Luke's Hospital for their exceptional care for Eddie over the last 6 weeks.

Funeral Arrangements to be announced on Monday.

Those who wish to leave a message of sympathy and share memories of Eddie can do so in the condolence section below.

The death has occurred of Edwin Hendy
Donard, Wicklow / Kildare

Hendy Edwin, Church Road, Donard, Co. Wicklow (formerly of Backmoone, Co. Kildare). Passed away peacefully on Friday 4th March 2022 surrounded by his loving family and in the wonderful care of the staff on the Curragh Ward, Naas Hospital. Son of the late Bob and Violet.

John will repose at his home on Sunday and Monday. House private on Tuesday Morning please. A private Cremation Service will take place for family and friends.

May Richard Rest in Peace

Reposing at Glennon's Funeral Home, 32 Main Street, Newbridge, on Friday from 5pm with rosary at 7pm. Removal on Saturday morning to arrive at St. Conleth's Parish Church, Newbridge, for requiem Mass at 11.30am. Mass will be live streamed on https://newbridgeparish.ie/parish-church. Cremation afterwards in Mount Jerome Crematorium. Richard's cremation service will be live streamed from 1.45pm on https://www.mountjerome.ie