Several experts are working side by side to help restore the Liffey Bridge in Caragh which was damaged by a HGV last week, local councillors heard today.

The Halverstown Cross to Caragh village has remained closed to vehicles since the incident on January 11. 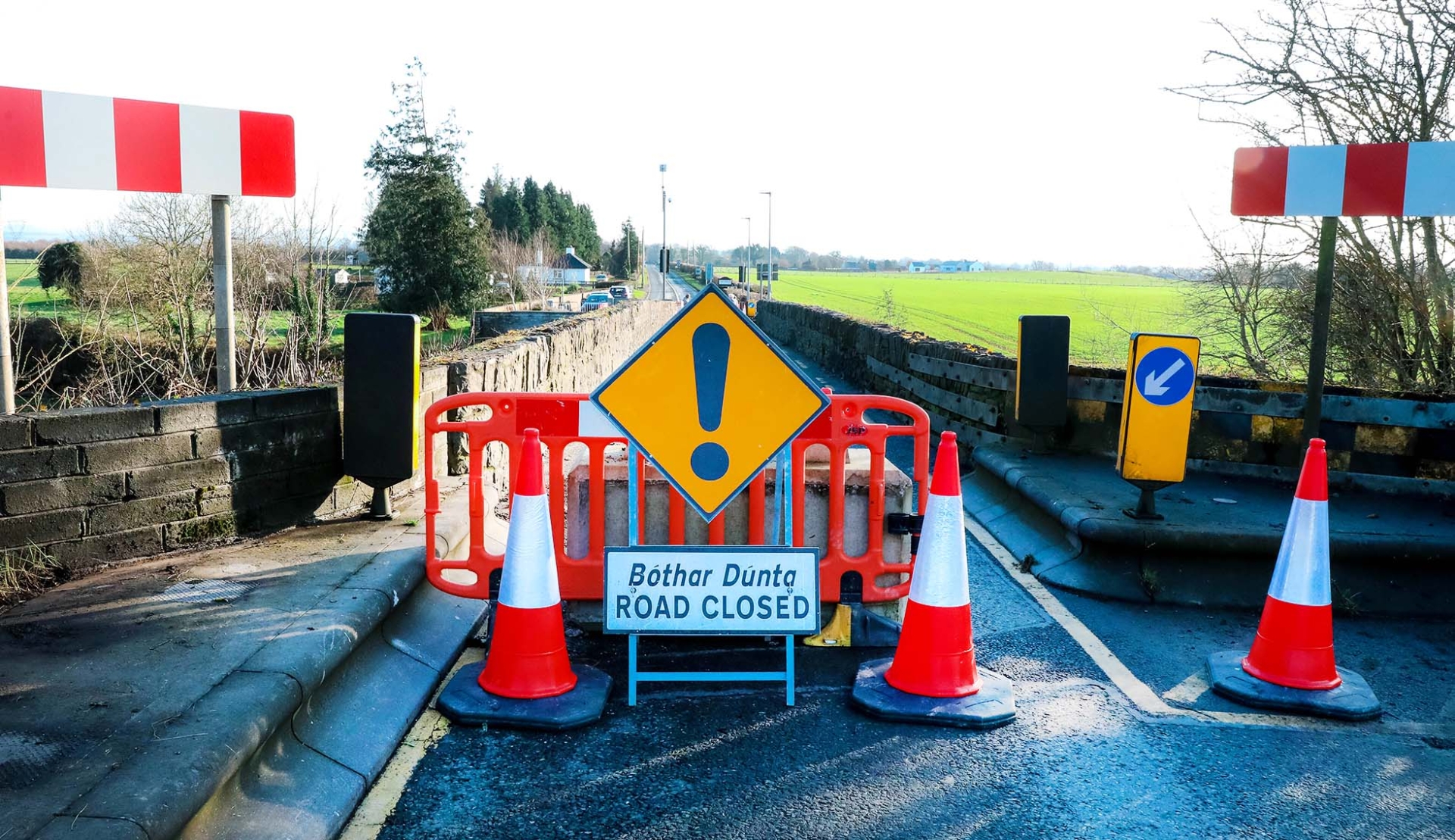 District Engineer Brenda Cuddy told the January meeting of the Kildare-Newbridge Municipal District that a consulting engineer is carrying out a technical and engineering assessment of the bridge and will compile a report as soon as possible.

Because the bridge is a protected structure, a conservation architect is also involved.

Also liaising on the project is the Council's Conservation office as well as the Bridges section of the Roads department and the Municipal District office.

Ms Cuddy said that everybody is moving as quickly as they can on the issue.

She said the bridge is still open to pedestrians and cyclists.

Cllr Noel Heavey said that the bridge had a 3.5 tonne limit for vehicles and he inquired who was enforcing that limit.

Ms Cuddy said the Council didn't have an enforcement role and that it was a matter for the gardaí.

She said that gardai were on site and were given all the relevant information.
She added that the driver and company associated with the vehicle were working with the Council on the matter.

Mayor of the MD, Cllr Rob Power said that local businesses are losing out because the village is cut off to direct traffic over the bridge.
He called for a speedy resolution to the issue.

Cllr Peggy O'Dwyer said that traffic congestion at local junctions has increased but she said she appreciated the issue of the broken bridge is getting urgent attention.