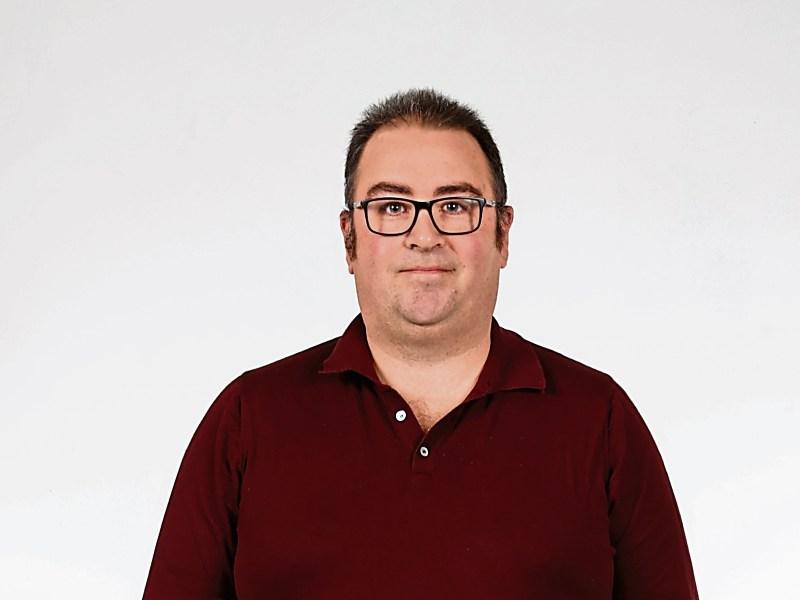 A Kildare community garda will help lead the nation on its annual televised health kick this January.

Sean, a Limerick native who has been a garda for the last 22 years, said he applied for the programme “because I put on a good bit of weight since the start of Covid”.

The community garda’s workload increased over the course of the pandemic to a stage, he says, where he was working 12 hour shifts every day — from checking on vulnerable members of the community to helping those in isolation get their shopping done, and everything in-between.

“Eating properly and exercise went out of the window,” said Sean.

The 42-year-old south Kildare man is friendly with 2018 OT leader and fellow garda David Cryan, a former colleague, who said that his experience on the programme changed the way he lives his life.

“I applied for the show. I wanted to see if I could go on the show and get the benefit of the experts and nutritionists — I didn’t even know they had ‘online’ leaders,” said Sean.

Having been picked for the Operation Transformation selection day in DCU, Sean was told the second week in December that he hadn’t made the cut for the televised programme, but was asked if he would be interested in becoming an online leader.

The online leaders also benefit from the support of fitness expert Karl Henry, psychologist Dr Eddie Murphy, GP Dr Sumi Dunne and dietitian Aoife Hearne, and weigh in weekly, but the difference is that they don’t have cameras at home following their every move.

Instead, they engage with their followers through the online app and social media.

Sean says that he prefers the online leadership role, as it is not as invasive as the traditional televised one.

The St Laurence’s GAA man lives with wife Maria and their 13-year-old son Lowry, beside mother-in-law Lily. He said he has received great support from the south Kildare community since news broke last week of his involvement in this year’s Operation Transformation.

“I knew if I did get on it, I would get the support — if you put something on here people turn up to support you,” he said.

Sean is following the programme of television leader John Ryan from Co Kilkenny. He said that following the healthy eating plan is ‘going very well’ so far and he is enjoying it.

Being able to keep up with Lowry in his teenage years is a motivating factor for Sean to improve his health and fitness. He grew up ‘10 yards from the hurling field’ in Limerick, and has always liked running — but in recent years has found it tough to get into the frame of mind to get off the couch and get out for some exercise.

“I’m not aiming for a specific weight loss,” he said. “I want to get to a healthy weight and stay healthy for the future.”

Get involved in County Kildare

The Operation Transformation Nationwide Walk will be held at two venues in Kildare this year on January 16 at 11am — Castletown House in Celbridge and Castlemitchell GAA Club in Athy. Registration is required prior to the walk.

Kildare residents are also invited to get involved in the Kildare Sports Partnership Operation Transformation 2022 Virtual Programme which starts on January 16, and involved mobility and mindfulness sessions held via Zoom.