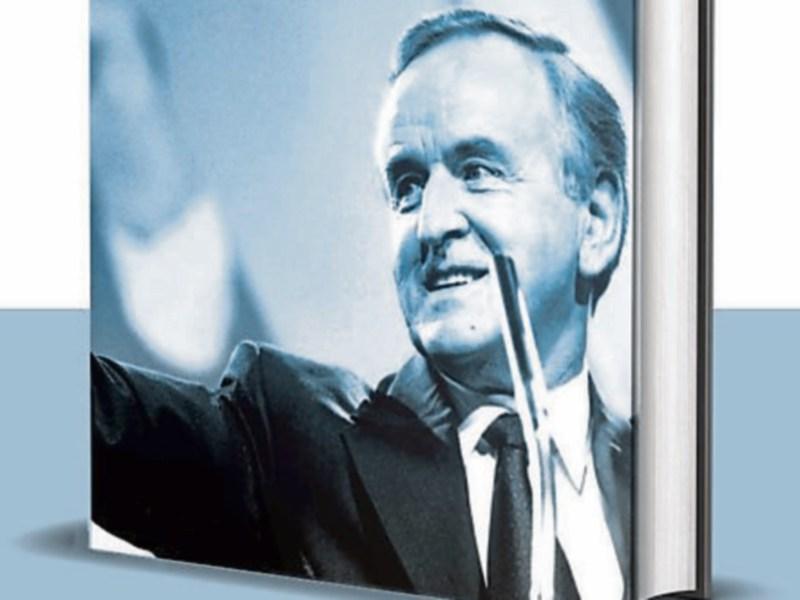 A new biography about former Taoiseach Albert Reynolds describes how ex-Kildare TD and Minister Charlie
McCreevy helped him rise to power as Fianna Fail leader and Taoiseach in the early 1990s.

Albert Reynolds: Risktaker for Peace, written by former TD and junior minister Conor Lenihan, covers both Reynolds’ business and political life before and after his period as Taoiseach.

When Reynolds came to power in 1992, he sacked eight ministers who had been loyal to Charlie Haughey as well as nine junior minsters.

But he rewarded the support of his friend, McCreevy by appointing him Minister for Social Welfare and Minister for Tourism and Trade a year later until the Fianna Fáil coalition with the Progressive Democrats fell.

The book tells how McCreevy and Reynolds worked together in a loose anti-Haughey faction in the 1980s.

Lenihan writes that Reynolds “was facilitated to a great extent by his friendship with Charlie McCreevy — an early Haughey dissenter and sponsor of a motion against him.”

The author, who interviewed McCreevy for the book, details the animosity between Reynolds and the late PD leader Des O’Malley which led to the collapse of the Coalition in 1994.

McCreevy said of Reynolds and O’Malley: “They didn’t get on. Des was not an easy man to get on with. He was very difficult. He would cause a row in an empty house and I told that to Des himself once.”

The book follows Reynolds from his early days in Roscommon and his determination and hard work that saw him rise from a clerical job with Irish Rail to become one of Ireland’s best-known showbusiness promoters. But it is as creator of the template for peace on the island of Ireland that he, deservedly, will be best remembered.

Reynolds made his first fortune as a dancehall promoter.

In the 1960s, still only 30, he became hugely successful, married, bought a home, and built a strong business reputation.

It is in detailing the personal courage of Reynolds, as he persuaded paramilitaries to drop their lethal campaigns of violence, that the book’s subtitle becomes increasingly apparent.

Reynolds met directly with members of the IRA at a time when they were escalating their attacks.

He was constantly warning John Major that MI6/MI5 were misreading IRA intentions — and Reynolds was actually far more aware than most of his contemporaries just how dangerous the IRA threat to the southern state was.

Quoting intelligence sources, and Reynolds’ privately held views, the author reveals that the British authorities were spooked by IRA attacks on the City of London financial district. He also reveals a daring bid by the IRA to bring market trading in London to a standstill — an operation prevented by a timely raid by the Irish Special Branch.

This is an insider’s account of Albert Reynolds’ life, and Lenihan gathers insight from his time as a journalist, intermediary, and political colleague to paint Reynolds in a fresh light. 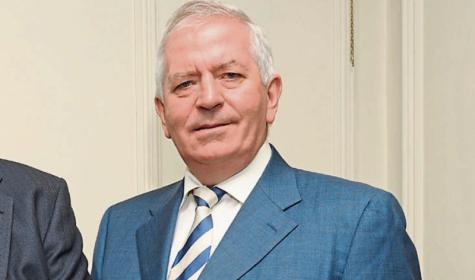 Conor Lenihan is a member of one of Ireland’s best-known political families, with his grandfather, PJ Lenihan, father Brian Lenihan (Tanaiste), aunt Mary O’Rourke and brother Brian Junior having served as Dail Deputies and or Ministers.

Lenihan’s first job was as a journalist with national newspapers in Ireland. He moved to the UK in the late 1980s, where he worked with the European Commission, and as a political correspondent at the Palace of Westminster, where he covered the premiership of Margaret Thatcher — alongside then journalists Peter Mandelson, Alastair Campbell and Boris Johnson. He went on to work as a broadcaster in Denis O’Brien’s commercial radio interests in Prague and in Dublin.

During his broadcast career, he conducted the first interview with Gerry Adams, in January 1994, once the Section 31 ban on such interviews was lifted as part of the peace process.

During his career in the Dáil, he served on the Committee of Public Accounts, the Finance Committee, the British Irish Parliamentary Body and the all-party Committee on Enterprise and Small Business.

Appointed a Minister by the Taoiseach Bertie Ahern in 2004, he took charge of Ireland’s Development Aid Programme.

When Brian Cowen became Taoiseach in 2008, he was given the Science, Technology & Innovation portfolio. He worked on the peace process as an intermediary for three different Taoisigh, starting with Albert Reynolds, acting as a go-between with paramilitaries and the government.

In 2011, Lenihan moved to Moscow where he was vice-president of the $10 billion Skolkovo project. He now works between Ireland and the UK helping company owners to grow and expand their businesses and raise investment.