A Kildare Christmas reflection: When a priest’s sermon created unintended humour in Rathangan 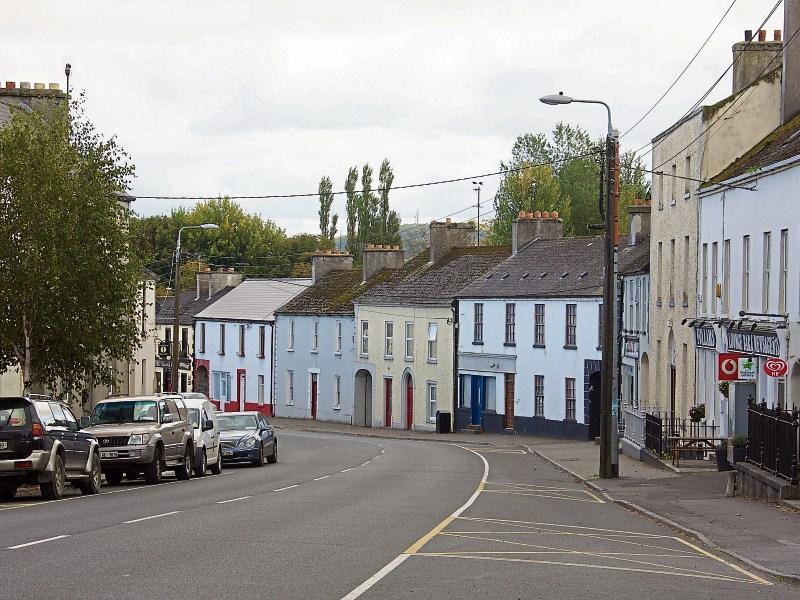 The heartfelt appeal of a parish priest based in a rural County Kildare village probably fell on deaf ears.

We were in the run up to Christmas in the late seventies or maybe the turn of the eighties in Rathangan’s Church of the Assumption.

Rathangan was then a relatively new parish (previously it was part of Allen parish) and the achievement of independent parish standing was like being liberated fromcolony status.

The church had a firm grip on the minds and manners of society at the time. It had not one but two priests serving a population that was considerably smaller than today’s. It was a time when the influence of the church in Rathangan and elsewhere stretched far beyond the forbidding walls of the local church building, decorated inside with batik depictions of the Stations of Cross by the revered artist Bernadette Madden.

Fr William Kinsella was a County Carlow native and was sometimes given to fire and brimstone sermons.

It was a time, too, when the church promoted the times and dates of classes for local women, married women of course, from the altar at every mass.

The classes provided information about how to use natural contraception. Also known as the rhythm method, it was the only form of contraception permitted by the church. The birth control pill and condoms were the devil’s work.

There wasn’t much in the way of ecclesiastical craic in those times.

So when Fr Kinsella came out with the plaintive cry “remember the words of the little child at home, ‘daddy please don’t get drunk this Christmas’”, it was like a slice of unintended live comedy.

Fr Kinsella was a good and decent man. He lived an honest, modest and spiritual life.

He drove the smallest Toyota car on the market; a big man in a small car.

He was old school, a little austere and had an imposing physical presence. He didn’t drink, that any of us knew anyway and certainly wasn’t a fan of alcohol.

Experience told him that, it being Christmas and all, some of the menfolk in the parish would be fairly set for a good run at the pints — there were no off licences then and much less drinking at home.

He knew there would be some deleterious impact on family life in this the season of peace and goodwill.

And long before midnight mass was done away with in many places, gardaí would be on duty outside some churches to deny entry to those attempting to receive a blessing after a few too many scoopies downtown earlier.

Sure it’s the nostalgia which links past and present.

But Christmas last and this year is not a happy time for many, especially if you’ve been recently bereaved. Many people have lost loved ones to Covid-19 this year and last, struck down at random by a disease that refuses to go away.

Some took chances and didn’t contract it; others were careful and still got it.

Sons and daughters, stranded abroad by the pandemic restrictions, watched the funerals of parents on a laptop.

There are some among us living lonely lives who can’t wait for Christmas and its false bonhomie to come and go. Cosy media images of cheery types coming together against a background of artificial lighting means little to them.

What it also brings is something to look forward to in the middle of the bleak winters we have in this place. It promises a diversion from the short days and the foul weather.

Late autumn and winter would be much more unbearable without the distraction of Christmas.

The strongest memories most of us have and certainly the warmest recollections come from our childhood.

If you’re fortunate to have had a normal childhood, this season is a little more important.

It carries us back to a simpler time when commercialism hardly existed; we were content enough with peace messages, cards from relatives and friends tumbling through the letterbox.

And of course we believed that an old man and four reindeers could satisfy the simultaneous demand for toys from children across the globe.

And he got them delivered overnight, down a dirty chimney with no help from Amazon.

And we started to wonder if the jig was up when we slowly realised that Santa’s personally written letter telling us that he had plain run out of Raleigh Chopper bikes, at least for this year, looked suspiciously like our dad’s handwriting.

At the very least we should allow ourselves some time to ourselves around Christmas and the new year and away from our everyday humdrum existence, which won’t be long returning in January — a month which seems to stay longer than your mother-in-law ever did.

And, as a well meaning Kildare padre advised in eloquently emotional language four decades or so ago, take it easy on the drink.