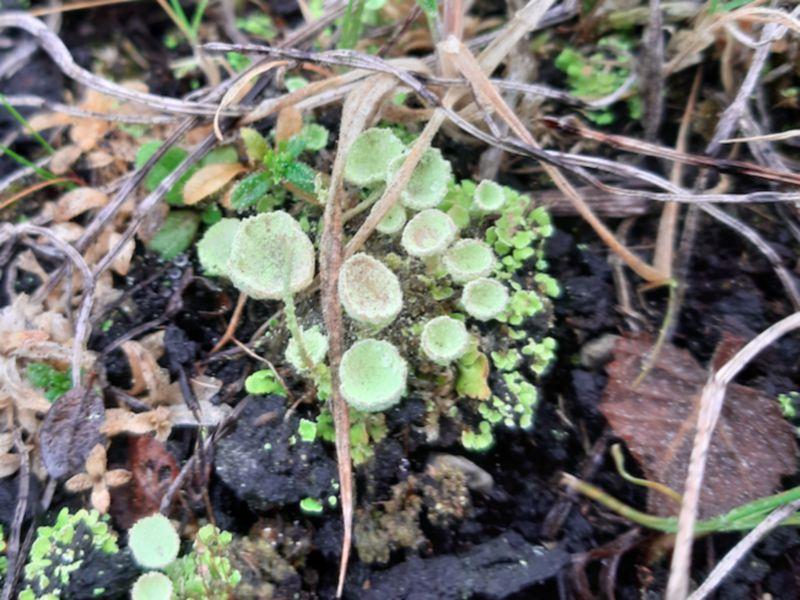 Living on our local peatlands there is a lichen that is known as Elf Cup Lichen. Lichens are a symbiotic relationship between an algae and a fungi. The algae makes the glucose or the food through the process of photosynthesis, while the fungi supports the algae by collecting the ingredients necessary for photosynthesis. Both the algae and fungi then benefit from the glucose made.

It’s a bit like Santa’s workshop. The elves are busy at this time of year making all the presents for the boys and girls around the world and then, on Christmas Eve, Santa will travel in his sleigh, delivering the presents.

Santa and the elves are a team. But as we know, some elves are visiting Ireland as they keep a watchful eye on the boys and girls in our community to make sure they are nice and not naughty!

This must be thirsty work and I believe Elf Cup Lichen gets its name as it is just the right size to allow the elves to drink their North Pole juice from, so they have energy for their mission from Santa.

While many plants are hibernating, Elf Cup Lichen has magical powers so it does not have to hibernate and it is ready on Irish peatlands for the elves when they arrive each December.

Their special feature is that Elf Cup Lichen has the ability to desiccate or dry out. This feature means that it does not have to retreat underground from the freezing conditions in the winter. There are many varieties of lichen in our communities and they can be divided into three broad groups — fruticose, foliose and crustose.