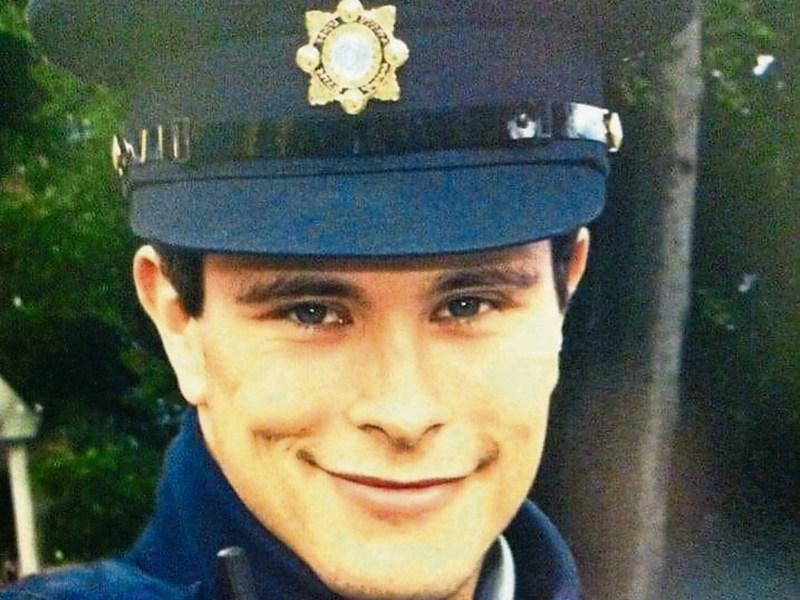 Events held in memory of a hero garda in West Wicklow have raised an incredible €150,000 for several charities over the past decade.

The tenth anniversary takes place this month of the death of Garda Ciarán Jones (24) from Manor Kilbride who passed away while helping members of the public at flood-stricken Ballysmuttan Bridge near his home on October 24, 2011.

The off-duty officer, affectionately known to pals as ‘Jonesy,’ lost his footing due to the tremendous power of the flooding waters and was swept into the river.

Ballysmuttan Bridge was later rebuilt and named in Ciarán’s honour and a plaque has a fitting tribute describing him as “a courageous and selfless young man both in life and in his final moments.”

Since the tragic death, fundraising events generously supported by local sponsors such as the Ciarán Jones Memorial Golf Classic — benefiting local and national charities have been held every year.

Ciarán’s memory has been kept alive over the past decade by parents Brenda and John and his sister Michelle and brother Alan — as well as friends Mick O’Rourke, John Kennedy and Anne O’Brien.

When asked to describe Ciarán, the family told the Leader: “He was sports-mad, a real character, full of wit and humour, full of devilment!

“He loved helping people, he always gave his time to the young and the old.

“A lady said to us recently: ‘Ciarán died helping people and now he’s still helping people with the money being raised for the charities’ — and we thought that was a very nice way to put it.”

Other events held in Ciarán’s memory include a Person of the Year award to somebody in the local community and the Bridge to Bridge Memorial Walk.

The Jones family said that every cent donated to events goes directly to the nominated charities as all the volunteers give their time free of charge.

Brenda also said she wanted to thank all the participants and sponsors who have supported the events from day one.

Anybody looking for more information can visit the Ciarán ‘Jonesy’ Jones Memorial Page on Facebook.

Ciarán, who hailed from Athdown in Manor Kilbride joined An Garda Síochána in September 2008 and served in Dundrum and Stepaside Garda Stations.

Ciarán was was a big fan of all sports including rugby, golf and GAA. He played for Kilbride GAA Football Club and was on the panel at inter county level for Wicklow Senior Footballers.

One of outgoing President Mary McAleese’s final duties as head of state was to attend the funeral while newly-elected Michael D Higgins also paid a low-key visit.

Hundreds attended the removal and Funeral Mass at the local St Brigid’s Church.

Chief Celebrant Father Padraig McDermott described Ciarán as a beautiful person and a leading light in the community.

He paid tribute to the confident, cheerful and helpful young man who he said lived by the old values and told the Jones family they could be very proud of their son and brother.

He added: “I think to myself how can any one man, not yet 25, come to have such a positive influence on the community?”

Ciarán was buried after funeral mass in the adjoining cemetery with full garda honours. He was led to his final resting place by the Garda Band while gardaí lined the route along with members of Kilbride GAA club.

On this tenth anniversary of Ciarán’s passing, a bench was unveiled in honour of his memory at his former Stepaside Garda Station at the weekend — a ceremony which was attended by the family. On this Sunday, Kilbride GAA Club will hold its ‘Bridge to Bridge’ memorial walk.