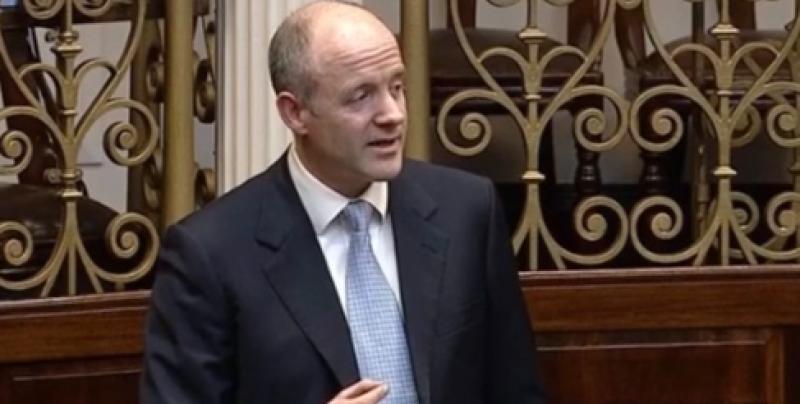 An Independent TD has joined a Kildare Senator in questioning the latest Budget's commitment to the country's Permanent Defence Forces (PDF).

Deputy Cathal Berry TD, who is also a former soldier, echoed sentiments detailed earlier today by Labour Senator Mark Wall, who said that Budget 2022 fails to address pay and conditions in the PDF.

Speaking to the Dáil, Deputy Berry said: "There is not enough money in the Defence Vote that was announced in the Budget. Even in a normal year it would not be enough, but particularly this year it’s certainly not enough with the Commission on the Defence Forces publishing its report in just seven weeks' time."

"There will be a requirement for a Supplementary Defence Budget Estimate in January if there is any hope of implementing the recommendations of the Commission; it is an absolute must."

He continued: "The overseas development aid budget is almost as big as the defence budget currently. It’s highly unusual that we actually give more to international charities than we do to our own PDF.

"It’s ironic that we then rely on the charity of other nation states to fly our troops around the world and look after and sustain them in theatre, which is certainly not a good look and is very demoralising from a morale perspective."

Deputy Berry also highlighted issues in relation to the Irish Naval Service: "The budget provides for an extra 800 Gardaí and additional civilian support staff, which is a good thing, but there is no mention of the guards of the sea, the members of our Naval Service."

He explained: "I visited the Naval Service only last Friday: there are absolutely no improvements planned in that area.

"The service is unable to patrol our home waters and the high seas, however there is no financial package available to improve its lot.

"It is in desperate need of assistance to address the crewing crisis and get our ships back to sea."

Deputy Berry concluded: "Minister Michael McGrath has said he is looking forward to receiving the report of the Commission on the Defence Forces so that he can engage with the process."

"We have had enough process at this stage. We have had five years of process; we need product, delivery and outcome."

Deputy Cathal Berry TD also made headlines recently when he told the Leinster Leader that the Curragh should be national park status following damage to the Gibbet Rath.

Kildare mother who stole from her former employer gets suspended sentence