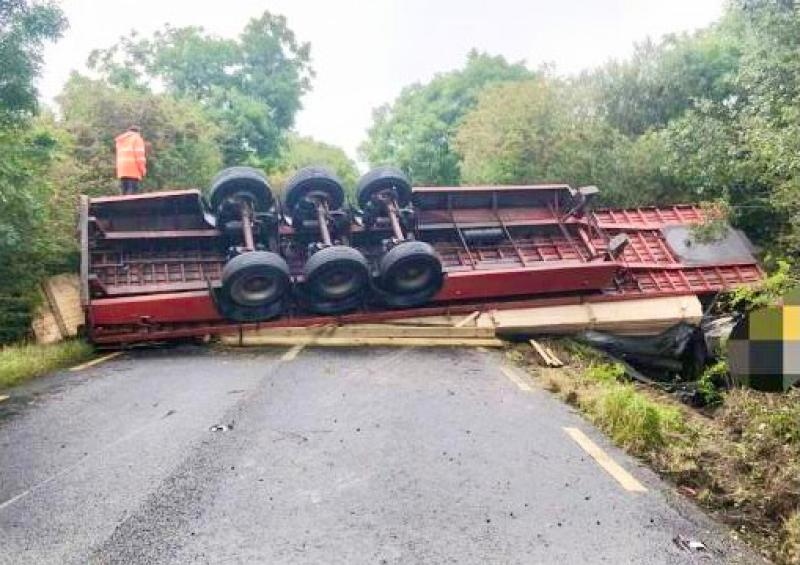 The vehicle at the scene / AN GARDA SIOCHANA

Drivers should expect delays on a busy road on the Kildare/Laois border to carry out emergency repairs following a truck crash.

Three days of road repairs requiring stop-go traffic lights have started at the site of the crash on the N80 road in Mountmellick.

An articulated truck carrying a load of timber overturned, fully blocking the Portlaoise to Mountmellick road on Monday evening, September 14.

The site is close to the turn to Kyletalesha Landfill and is the main thoroughfare for traffic between the South East and the West of Ireland.

The road was fully closed to clear debris. It reopened early on Tuesday morning.

The driver was taken by ambulance to hospital and is said to be in a stable condition.

The truck cab had landed into the bog beside the road, smashing through hedgerow, while oil was spilled on the road.

Laois County Council has announced that it is to conduct a reinstatement of the road verges.

There will be temporary stop-go traffic lights in operation from Tuesday September 14 until Thursday September 16. They will operate from 9.30am to 6pm.