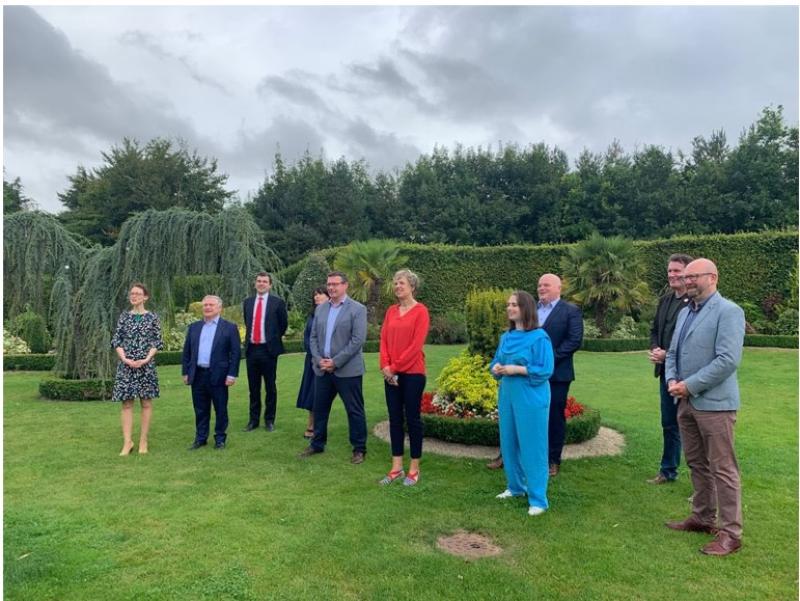 Labour Party TDs and Senators gathered in Athy today for a think-in ahead of the new Oireachtas term.

The parliamentary party members are involved in debates and workshops at The Clanard Court Hotel today and tomorrow.

Local Senator Mark Wall said he was delighted to welcome party colleagues to the area.

The Labour Party will also release a new policy document, A New Deal for our Towns and Villages, a plan for revitalising Ireland’s urban areas.

Deputy Kelly has said that the time has come for a New Deal for a fairer Ireland. Many people have reflected on their relationship with the State during the pandemic, and there is an opportunity now to build back better.

“We want a New Deal for a fairer Ireland, that delivers on the social contract. That means a new deal for working people, a new deal for secure and affordable housing, a new deal that recognises the challenges of the 21st century.

“The Labour Party is offering people a positive alternative vision - a programme for real change based in hope and grounded in our social democratic values, a more caring and kinder politics. Coming out of the pandemic, into a post-Covid Ireland there can be no going back to normal. It’s not just about building back better; it’s about building back fairer.

“We have a dynamic team with a range of experiences from across political life and civil society. We are delighted to see Deputy Bacik elected to the Dáil. Ivana is a change maker, the real deal, who has worked so hard to make Ireland a better place. During the campaign, we all listened to the real concerns that voters have like affordable housing, better communities and the real need to address climate change. In recognition of this, I have appointed Deputy Bacik as our spokesperson on climate where she will continue to work with stakeholders and push this Government to deliver a green new deal.

“Covid-19 has been a great disruptor and has shown us what Government can achieve when our people need the support of our State the most. We cannot go back to the stagnant pre-Covid policies. Too many people are just about getting by or struggling. When they say we need to build back better, what we need is to build back fairer. We need a new social contract.

“The Labour Party won’t continue to accept tired arguments from this Government that freezing rent isn’t possible; that a single tier health service isn’t possible; or that creating a sustainable tax base that isn’t reliant on foreign direct investment isn’t possible. All that is required is an ambitious vision and the political will to deliver what Irish people deserve.”

In the Dáil the following Departments will be covered by: