Special meeting next week on huge plan for homes in Newbridge

Proposals: Planning staff to give presentation to councillors 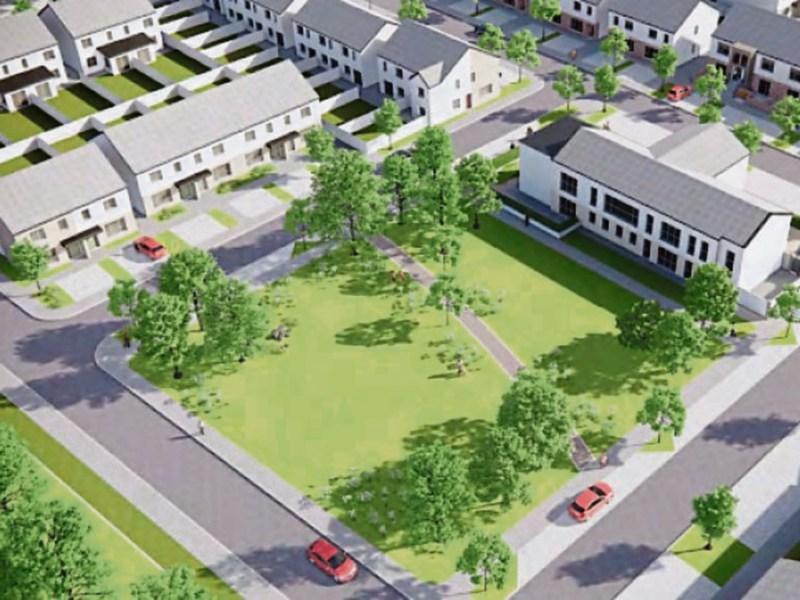 An artist's impression of the Briargate development

A plan for over 300 new homes in Newbridge will be the subject of a special meeting of Kildare-Newbridge Municipal District next week.

Kildare County Council said that the only item on the agenda will be “a presentation from the Planning department on the Strategic Housing Development at Ballymany, Newbridge, by Briargate Developments Newbridge Ltd.”

Briargate Developments Newbridge Limited has applied to An Bord Pleanála for permission for a strategic housing development on a site between Standhouse Road, Ballymany Road, the Elms residential area and Ballymany Stud Farm.

The proposed development will consist of the construction of 336 residential units consisting of 245 houses, 27 apartments and 64 duplexes.

The proposed development is on a 12 hectare site and has a construction value of €54m, according to the Building Info database.

An Bord Pleanála is expected to make a decision on the proposal in early November.