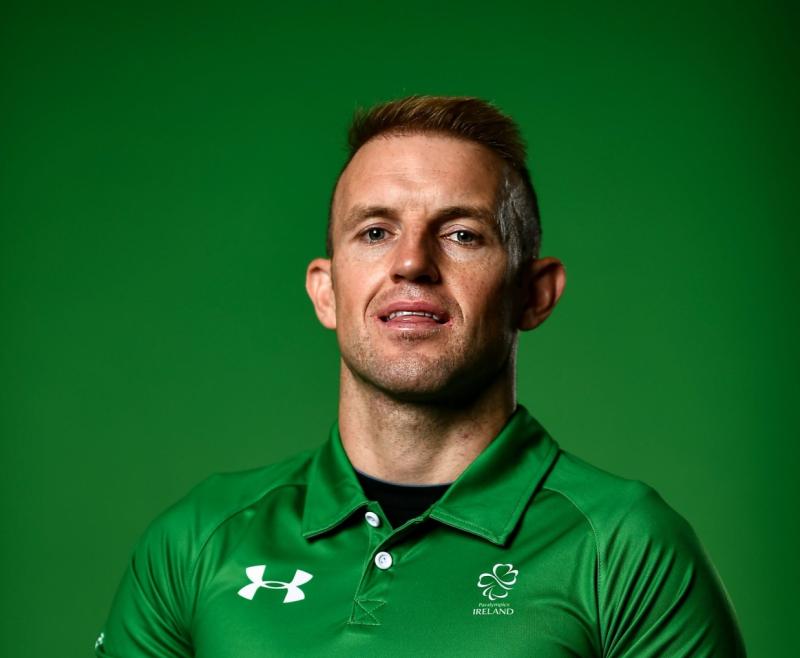 Kildare man Patrick Monahan carries the hopes of the county when he competes in the T53 class marathon at the Paralympics late Saturday night Irish time (starting at 10.30pm).

The Caragh athlete is a multiple time Dublin City marathon champion and Rio 2016 Paralympian.
Monahan was inspired to take up Para-Athletics when he watched the 2012 Paralympic Games in London. His determination and focus helped him to quickly adapt to his new sport and compete amongst the very best in the world.
Monahan recently finished in the silver medal position at the Duluth Marathon in the US to put himself in a strong position to qualify for the 2020 Paralympic Games in Tokyo.
A car accident in 2007 left Pa, as he is known, in the National Rehabilitation Hospital (NRH) for three months and a wheelchair user since.
However, since his first marathon, in Dublin, in 2013 which he completed in two hours and 38 minutes, he has become a world-class competitor.
He trains on the roads in his native Kildare but also in nearby Mondello Park, Ireland’s premier car-racing track.
In June 2019 Monahan set a massive new personal best (PB) by breaking one hour and 23 minutes in Duluth, Minnesota.
It is a notoriously fast course but it knocked over six and a half minutes off his PB.
That ranked him five minutes faster than anyone else in the world in the T53 class and also fourth fastest in the world in the less impaired T54 class that season.

Monahan made his Paralympic debut in Rio in 2016 where he finished 16th and in Tokyo will once again be one of very few T53 athletes competing in the T54 ‘mixed’ marathon, which takes place on the final day of competition.
Ireland’s hand-cycling Paralympic champion Mark Rohan has coached him for the past year but getting races has proved very problematic due to Covid-19.
His last marathon was in Dubai in January 2020 where he recorded a time of 1:34.55.
In the past year, the Kildare man has returned to college as a mature student and is studying Community and Youth Development at the TU Blanchardstown.