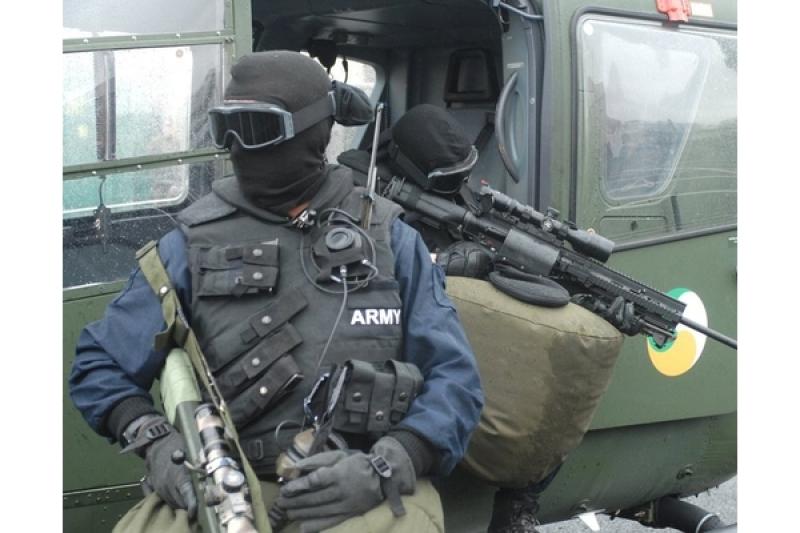 An Emergency Consular Assistance Team (ECAT) - featuring members of the Army Ranger Wing based at the Curragh - is expected to arrive this evening in Hamid Karzai International Airport (HKIA) in Kabul, with a view to assisting the remaining Irish citizens who wish to evacuate from Afghanistan.

Ten Irish citizens have already been evacuated through HKIA with the assistance of the Department of Foreign Affairs the Embassy in Abu Dhabi.

The remainder of citizens that have requested assistance with evacuation comprises mainly of family groups.

The ECAT will consist of officials from the Department of Foreign Affairs and Defence Forces personnel, namely members of the elite the Army Ranger Wing.

This is a consular assistance mission with Defence Forces providing security and support to the consular staff.

Minister Coveney said: "Good progress has been made to date in evacuating Irish citizens from Afghanistan.

"My view is that further progress requires a short deployment of a consular team to HKIA.

"The security situation for citizens attempting to access to airport remains extremely volatile. Citizens should continue to follow the consular advice given to them directly by our Embassy in Abu Dhabi.”

Officials said that given the complex security environment, no further operational details will be released.

The Consular Section of the Department of Foreign Affairs and the Embassy in Abu Dhabi will continue to provide consular assistance to Irish citizens in Afghanistan who wish to depart, including, as necessary, after air evacuations out of HKIA have concluded.

Independent TD for Kildare South and former Army Ranger, Cathal Berry has been calling for the deployment of the Army Ranger Wing since early last week.

Deputy Berry commented: “Great that the Ranger Wing have been deployed to assist with this mission, it’s better late than never. It should have been done last week. These highly skilled individuals represent the finest of the Irish Defence Forces. There are no better people to extract Irish citizens than Irish soldiers themselves.”

“This operation is called a Non-Combatant Emergency Operation or NEO and the ARW would be training for these every year. Not only do they conduct exercises, but they do have contingency plans in place so they can customise to any country in the world.”

“The real value of having Irish troops on the ground will be the face-to-face contact with their counterparts from other militaries, some of whom they will have worked with in the past - that is the key component that had been missing. This is a hand-picked team, including a communication specialist, with encrypted satellite radios, you’ll have medical specialists and other specialists. Their job is to provide assistance and security for the two diplomats in order to extract our Irish citizens.”