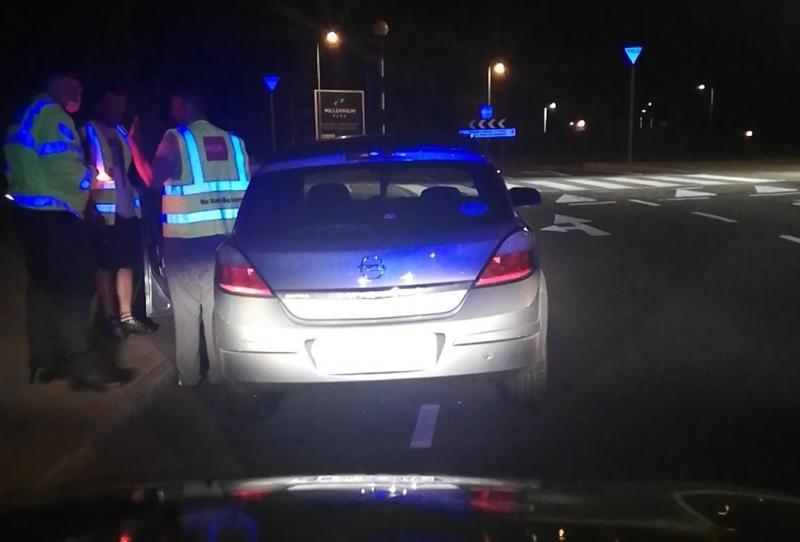 Naas Roads Policing were conducting a checkpoint on the Monread Road in Naas when they saw this car turning to avoid the checkpoint.

The car was stopped and by using the Mobility Device app, it was found that the vehicle had no Insurance or Tax.

The car was seized and court proceedings have begun.

Meanwhile Naas RPU were conducting speed checks when they found a motorist travelling at 85kph in a 60kph zone.

The driver was stopped and tested positive for cocaine and was subsequently arrested. Court proceedings will follow.

Elsewhere, the Unit was on patrol in Athgarvan recently when they stopped a car which had no insurance or tax.

Furthermore the vehicle was in poor condition. The car was seized and a Fixed Charge Penalty Notice was issued. Court proceedings will also follow.

In a separate incident, Naas Roads Policing Unit were conducing a checkpoint in Naas when they stopped a car which was uninsured. The car was seized. A Fixed Charge Penalty Notice was issued and court proceedings are to follow.