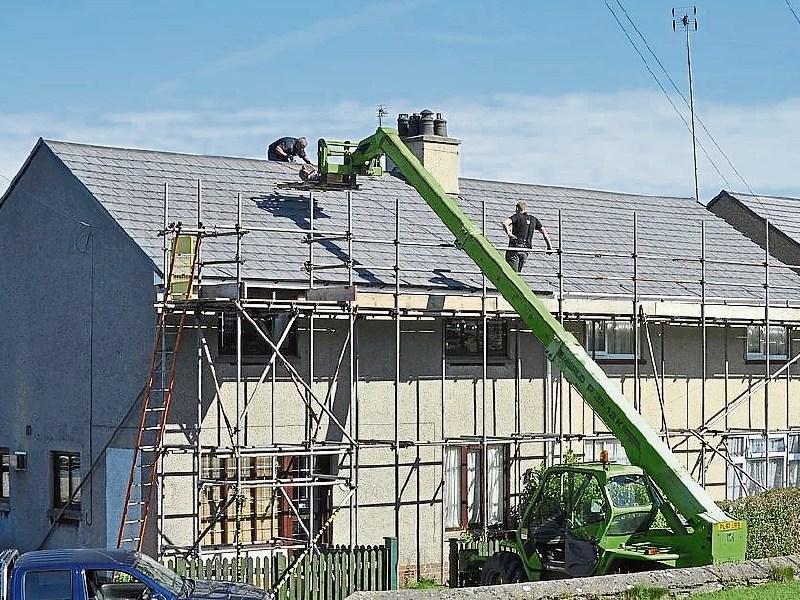 The number of planning applications submitted to Kildare County Council increased by 12% in 2020 despite restrictions around the Covid-19 pandemic and the fact that construction workers were unable to work for several months.

Many of the applications were for building new houses or apartments or for renovations or extensions to homes and gardens.

The figures were contained in Kildare County Council’s annual report which was released last week.

The upsurge in activity is mirrored in current residential construction across the county.

A report published last month revealed that there were around 43 housing units per 1,000 of population in County Kildare.

Research by the BuildingInfo database said that thousands of houses or apartments have been granted permission but work has not yet begun on them.

The annual report noted that there was good progress in housing projects despite the Covid-19 lockdowns.

The council said there was a “significant demand” during 2020 for social housing and other related supports such as housing loans and grants.

Despite the challenge of construction site closures over the year, the council said it made good progress with its build, acquisition and leasing programmes and with Housing Assistance Payment (HAP) and Rental Accommodation Scheme (RAS).

A total of 379 new units were built by the council, 97 properties were acquired, and 64 were leased.

The council said it delivered housing units progressed in 2020 at a number of locations throughout the county, including builds, refurbishments and work with Approved Housing Bodies and public private partnerships.

One of the public private partnership schemes completed in 2020 was a project comprising 74 homes on Craddockstown Road, Naas.

The council said it received 586 HAP applications of which 682 were approved and 134 were declined.

A programme of planned maintenance was carried out in 2020 and nine properties requiring significant repair were returned to the housing system. The self-help grant provided for the replacement of windows and doors, the installation of stoves and the upgrade of kitchens.

A joint statement accompanying the Annual Report by last year’s mayor of Kildare Mark Stafford and Council chief executive Peter Carey said: “Despite the challenge of construction site closures during the year, Kildare County Council made good progress in its build, acquisition, leasing and HAP/RAS.

“The delivery of housing units including new builds and refurbishments. progressed throughout the county.”