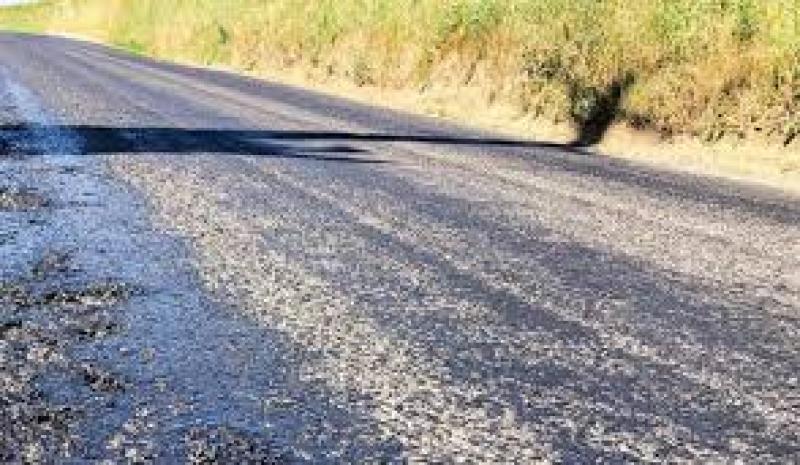 A councillor claimed that she saw that tar melted by heatwave conditions had rolled down to the bottom of a steep hill.

Cllr Suzanne Doyle told the Kildare-Newbridge Municipal District meeting today: "I drove out to Donard [on the  Kildare/Wicklow border] yesterday and you could see that the tar had basically rolled down the the bottom of a steep hill."

Municipal District engineer Brenda Cuddy said urgent repairs are being carried out to some roads affected by high temperatures.

She said: "What we're doing at the minute is minimising damage, because there's not a lot we can do.

"We're putting stone chips onto areas to soak up the tar and stop the tar bubbling up. When the weather cools down, we'll have to go back to assess the damage caused and re-tar and re-chip certain areas if required.

Meanwhile the Bikers Shed based in Mountrath, Co Laois has issued a warning to motorcyclists to treat melting tar like ice in the winter.

The group said: “If you do happen to find yourself riding on one of these roads adopt a winter riding position, don't brake suddenly and take it handy as traction can be poor!

"Look out for dark patches! Some may even look like rain has recently fell with melting tar pools on the  bends. Give yourself plenty of stopping distance between you and other motorists."

Three years ago during another heatwave, the Rathangan to Clonbullogue Road in Co Kildare had to be closed by Kildare County Council due to melting tar.

The heat had caused the road surface to bubble up and there were puddles of tar in places.

A spokesperson said: "Surface dressed roads (“tar and chips”) will be prone to softening of the bitumen.
"This will lead to bitumen slicks occurring on more minor roads.
"Road users are advised to slow down and exercise caution when braking in such situations."