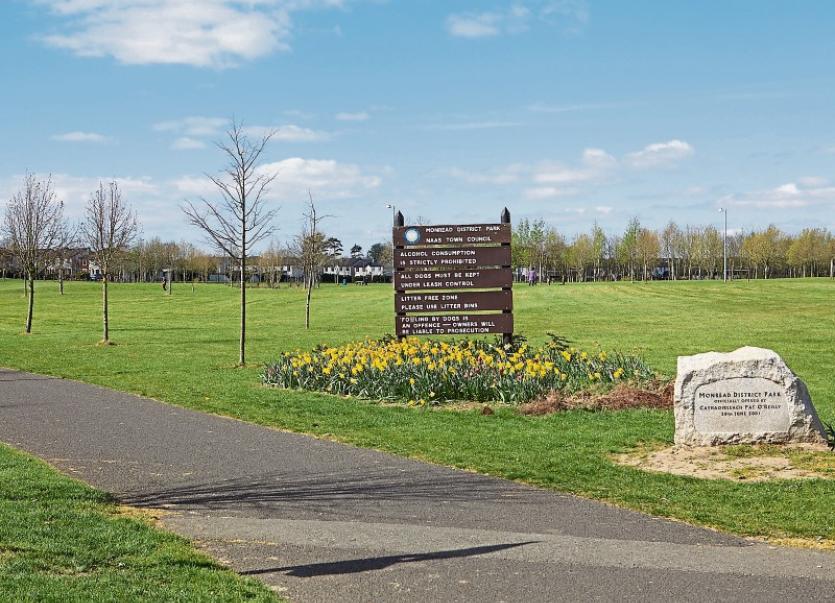 Wayward dog owners are not being taken to task in Naas, a council meeting was told.

Cllr Carmel Kelly criticised the council for not imposing fines or taking action against owners who are in breach of the Control of Dogs Act.

This legislation requires that the animals are kept under effective control.

Cllr Kelly said the council's record is not good enough and that those who let their dogs off the lead should be identified.

She called for a concerted media campaign to encourage dog owners to keep their dogs under control — and to collect dog faeces in a bag and dispose of it in a bin. Cllr Kelly also criticised the presence of an out of date sign warning dog owners of their obligations, in Monread Park, Naas.

Cllr Seamie Moore said people walking dogs should be legally required to have these bags with them whenever they walk their animals.

KCC official Ken Kavanagh said that stray dogs can be seized by a garda or the dog warden and owners can be given an on the spot fine if the pet is not properly controlled.

Dog wardens have the power to request a name and address of anyone suspected of an offence.

And they have the right to seize and detain a dog as well as entering a premises, other than a residence, to do this.

A refusal to do this can lead to an arrest by a garda and obstructing a dog warden can also lead to arrest.

However people are sometimes required to act as a witness for the matter to proceed — and there is often a reluctance to do this among members of the public.

Mr Kavanagh also said that dogs can be straying when the wardens are not working.

He said that the warden service can be requested to carry out patrols in specific areas.

Mr Kavanagh said fines have been issued though it is not always possible to link a dog to the owner.

He said new signs could be erected in public areas like Monread Park, but he said the record of KCC is no worse than elsewhere.