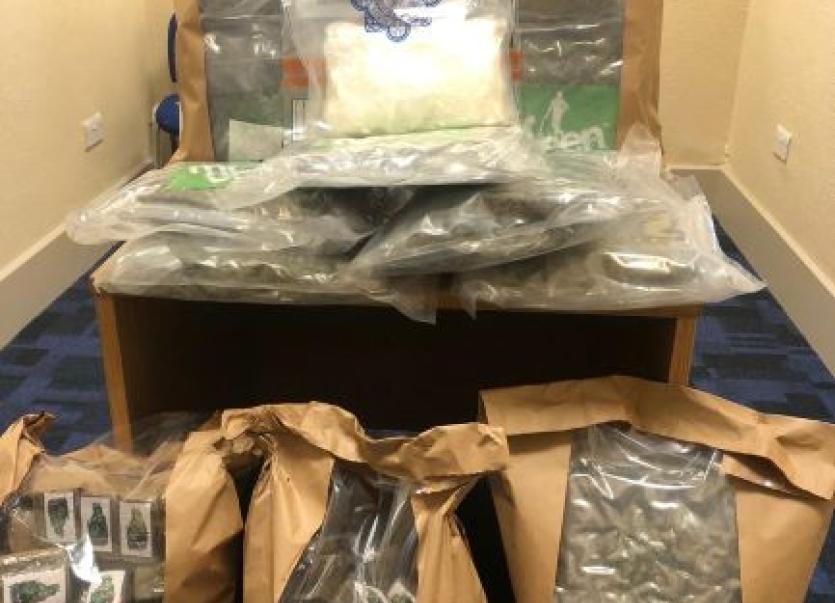 A man in his 20s arrested yesterday afternoon in connection with almost €500,000 worth of drugs seized in Newbridge is due to appear at Naas District Court this morning to face charges on the matter.

As part of surveillance operation carried out, Gardaí seized €494,000 worth of drugs and €22,450 cash during a search operation in the Clongorey area of Newbridge.

Gardaí attached to the Detective Unit, in Newbridge obtained a search warrant in relation to stolen property. 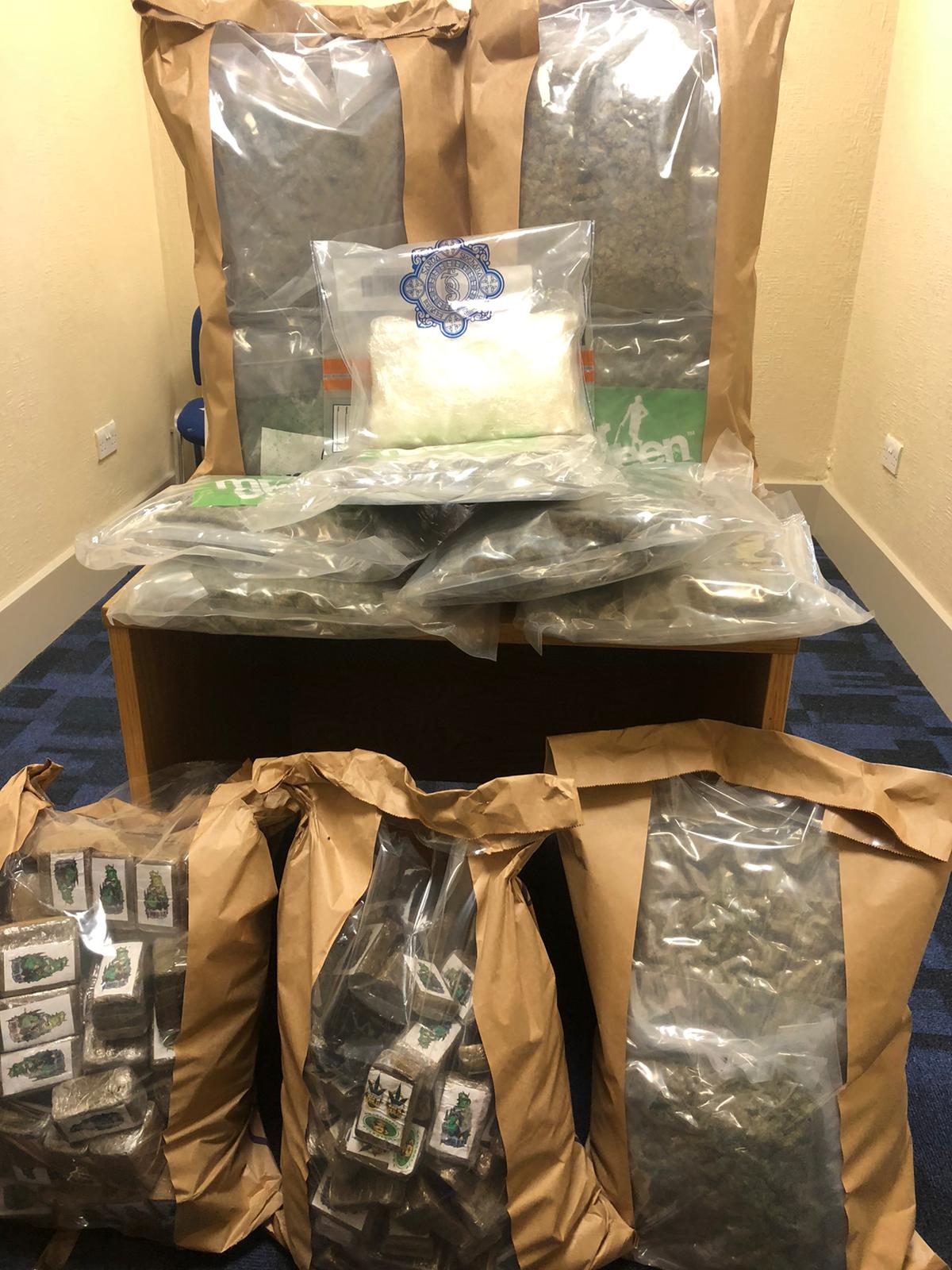 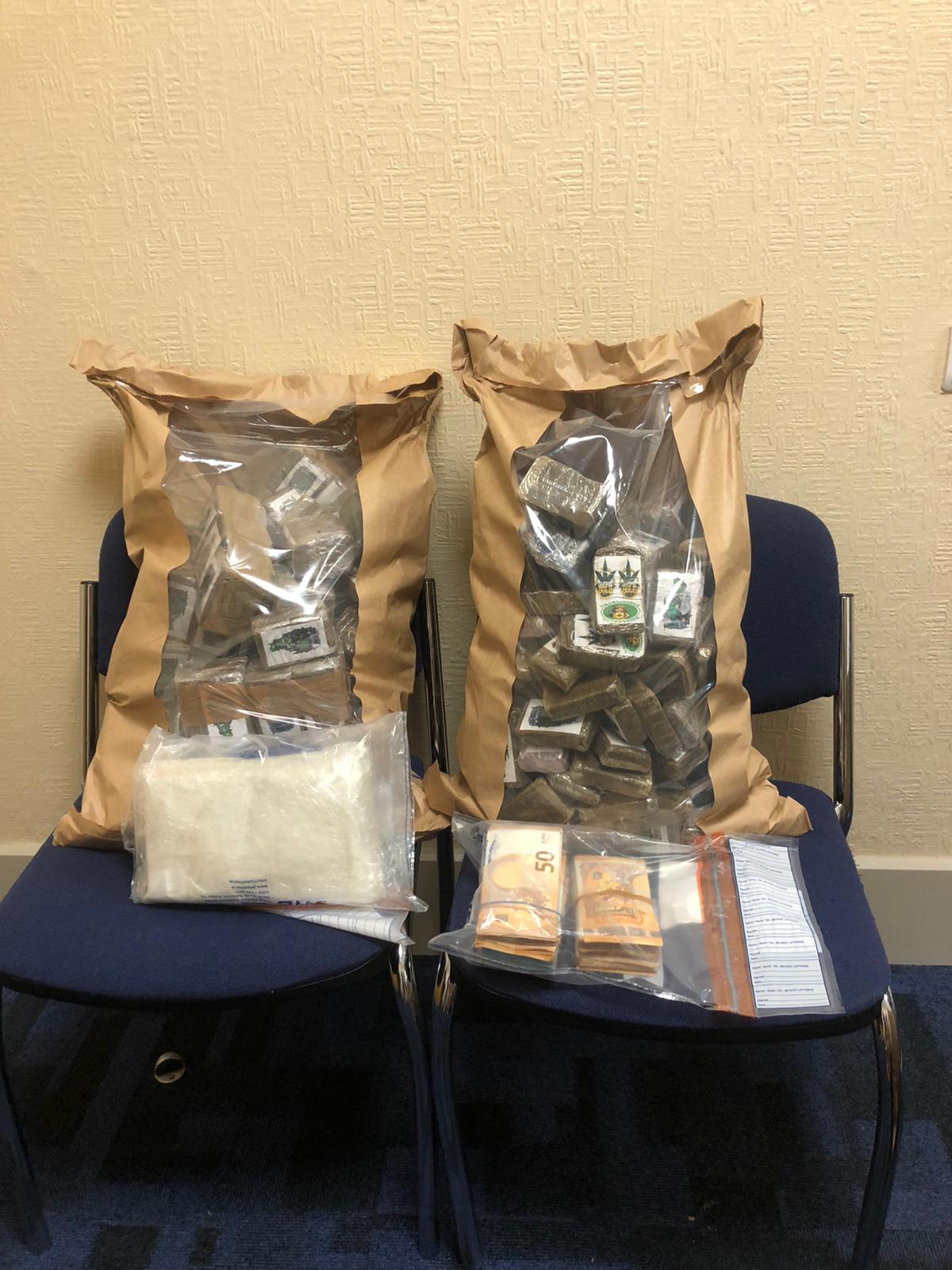 All drugs seized will now be sent for analysis.

During the course of the search, the Garda National Dog Unit assisted and located €22,450 cash on surrounding lands.

An Ifor Williams trailer, a single axle caravan and a Consaw were also seized.

One man, 25 years was arrested at the scene and taken to Newbridge Garda station and detained under Section 4 of the Criminal Justice Act, 1984.

Gardaí added that investigations are ongoing.