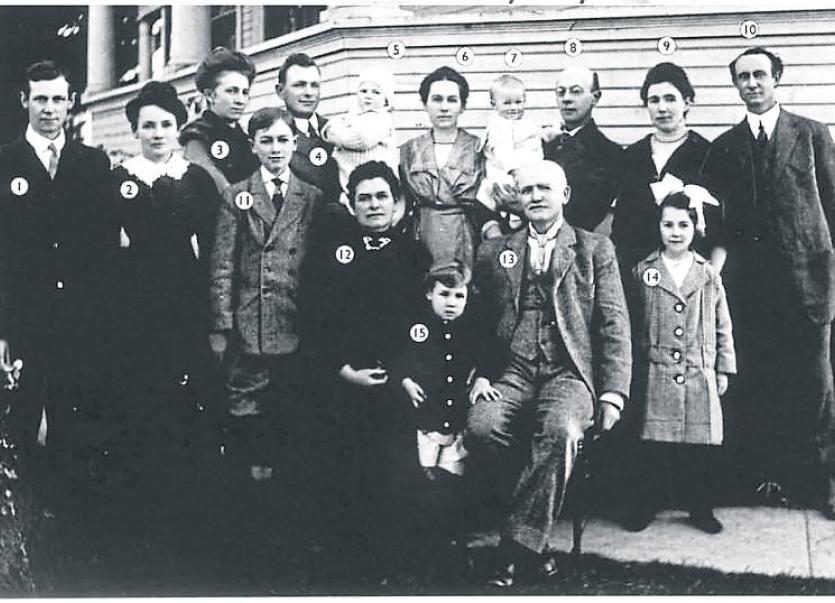 A US author with Kildare ancestors has written a historical novel about his family’s history based on old letters written between relatives. Kevin Akers, who lives in California, is descended from his great, great grandfather Patrick Lawler from Blackford, Athy and his wife Bridget Dunne from nearby Stradbally.

Patrick and Bridget left Ireland in the autumn of 1853 while the effects of the Great Family still ravaged the country, and arrived in San Francisco on New Year’s Day 1854.

Kevin's novel, entitled The Dunnes Of Brittas is a fictionalised account of his family’s fascinating history using letters handed down from great, grand aunt Lucy Lawler Rogers who was Patrick and Bridget’s daughter.

Lucy, who wrote the family’s memoirs in in 1935, said that her parents originally came through the Isthmus of Panama canal to get to the San Francisco area.

“ In order to get to the ship waiting on the Pacific side, the natives carried them.”

After settling into the area and having seven children, the couple seem to have become quite prosperous and lived on a ranch with a ten-room colonial style house.

Patrick Lawler died aged 75 in 1887 — one of the oldest citizens in the area.

His funeral procession to Cypress Hill Cemetery was one of the largest every seen in the Vallejo city area, according to local reports.

Patrick’s wife Bridget passed away seven years later in 1894 — also at a good age for the time, 83.

Kevin describes his book as “a sweeping historical saga beginning in an aristocratic yet fragile Ireland”.

He added: “The novel follows the Dunnes to Antebellum New Orleans, South America and finally to San Francisco where they struggle to create their own family dynasties.

“Sharing in each other’s triumphs and tragedies, they finally discover that their strength doesn’t derive from their separate branches but their common roots.

“Rich with memorable characters and historical detail, the novel narrated by Aunt Lucy to her niece.”

The book is available to buy via Amazon.