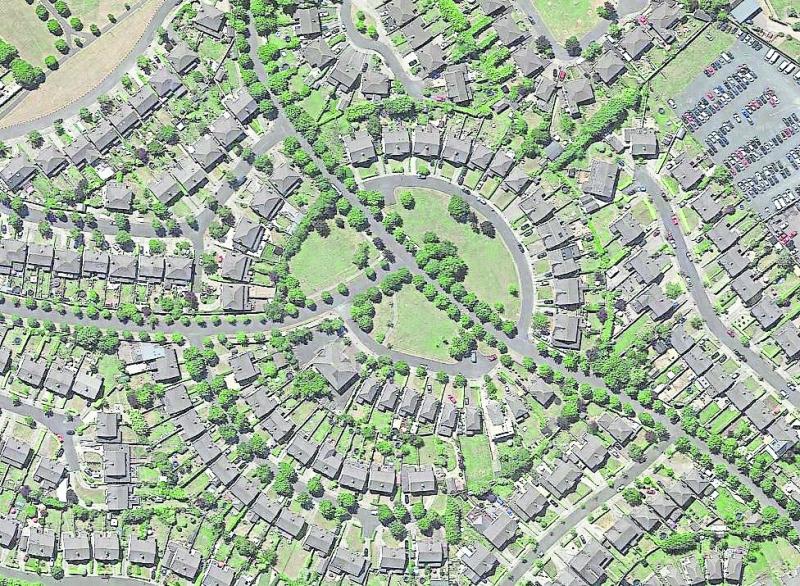 The national planning watchdog has expressed concern that Kildare County Council is proposing to rezone several parcels of undeveloped lands on the outskirts of Naas that it claims are prone to flooding.

The Office of the Planning Regulator (OPR) claims proposals in the council’s new draft Local Area Plan (LAP) for Naas to rezone lands for housing and industrial use in a number of locations identified as high-risk flood areas are premature.

The OPR was established in 2019 and one of its roles is to independently assess the zoning decisions of local authority members in local area and development plans.

In a 17-page report, the regulator said the sites around Naas did not comply with official guidelines for planning development given their distance from Naas town centre, the non-essential nature of the sites for regeneration purposes and the availability of alternative lands.

Kildare County Council is proposing to rezone undeveloped land for housing on two sites on the eastern and western edges of the town as well as several sites for enterprise and industrial uses to the north of Naas close to the M7.

In advance of a possible flood relief scheme for the town, the regulator said there was high uncertainty about the risk posed by flooding in Naas due to a lack of data.

It has called on Kildare County Council to re-evaluate its findings used to justify the proposed rezoning in each case.
The regulator said three sites near the Millennium Park business park earmarked for rezoning for enterprise use should be removed.

It made a similar recommendation in relation to the proposed rezoning of land for housing on Blessington Road and Finlay Park.

Commenting on the draft plan overall, the deputy regulator, Anne Marie O’Connor, said: “The challenge for Naas as clearly identified in Section 1 of the draft LAP is to control the pattern of development that has shifted towards the M7 Motorway, pulling the town in a northern direction and creating a peripheral arc which is detached from the established town centre and creates a disproportionate reliance on private transport modes.

Ms O'Connor also added that a more vibrant Naas town centre must be the long-term goal.

She explained: “The long-term plan for Naas, as detailed in the Transport Strategy, must continue to further consolidate urban zonings, to build a much stronger and vibrant town centre and to promote a pattern of development that is more conducive to public transport, walking and cycling modes.”

The deputy regulator went on to set out two recommendations and six observations under themes including population and growth, transport and accessibility, climate action, economy and employment.